Having previously confirmed that rappers 6LACK and Russ and dance music giant Timmy Trumpet will play their 2019 edition, Portuguese festival MEO Sudoeste have now added Anitta to the lineup.

The Brazilian performer has become one of South America's most recognisable figures, both as a result of her string of hits across the continent and across the Atlantic in Iberia, and also by virtue of her enormous online presence that led to Billboard naming her above the likes of Rihanna, Lady Gaga and Shakira in their list of the world's most influential artists on social media.

She brings her Latin pop, reggaeton, and baile funk infused sounds to Portugal's coast on 7 August for the upcoming edition of the popular Portuguese festival, which takes place in Zambujeira do Mar. 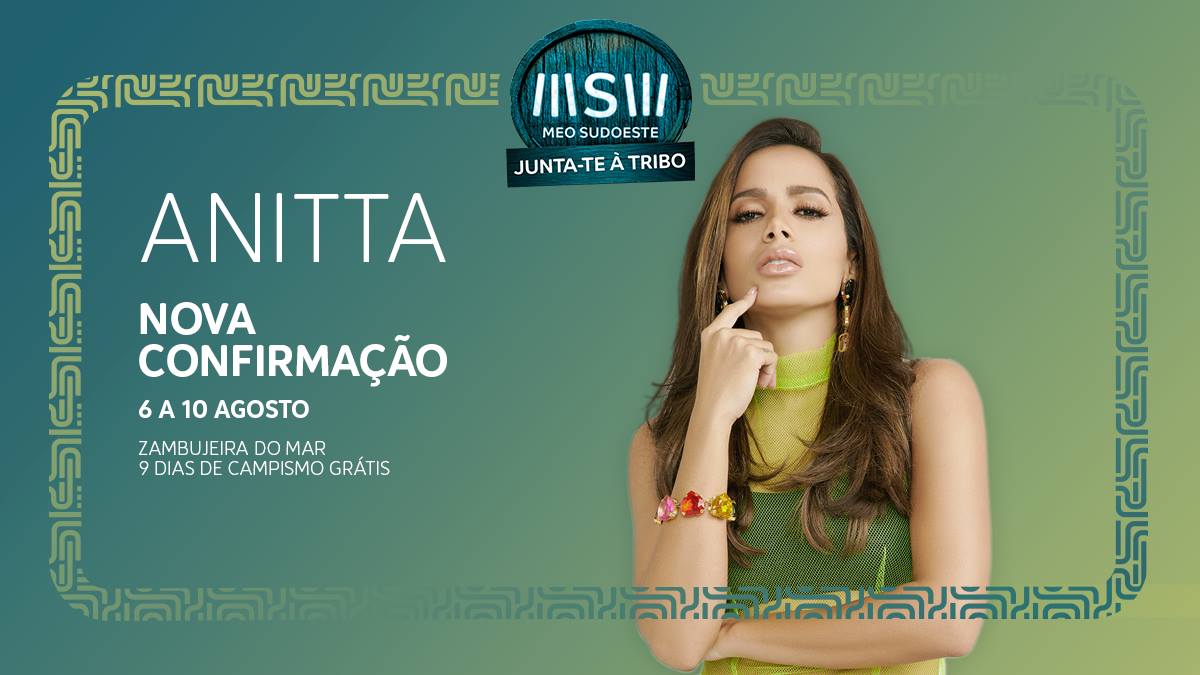