Duran Duran have been announced as the final headliner for American Express presents BST Hyde Park 2020.

The band will headline the London concert series on Sunday 12th July in what will be their first London show for five years.

Joining them as they close out BST Hyde Park 2020 will be Gwen Stefani and Nile Rodgers & Chic.

This is their BST Hyde Park debut and their only London show for 2020, so a milestone in itself. Their much-lauded live shows blend the best of new songs and classics including 'Hungry Like the Wolf', 'Pressure Off', 'Rio', 'Girls on Film', '(Reach Up For The) Sunrise' and 'A View to a Kill'.

On headlining, bassist John Taylor said: "It’s almost unbelievable to us that forty years later we are celebrating this anniversary with a show at BST Hyde Park. Making it all the more special is the presence of our old friend and collaborator Nile Rodgers, and Gwen Stefani, a favourite gal pal of ours since No Doubt.

"It will be a special day for us, and, hopefully for our audience, who have followed us faithfully for so many years now. Please, come celebrate our long and ragged journey!"

Pre-sale tickets and packages to Duran Duran at BST Hyde Park 2020 will go on sale at 10am on Thursday 12th March. Subscribe here for exclusive access to the pre-sale.

General sale will be at 10am on Friday 13th March. 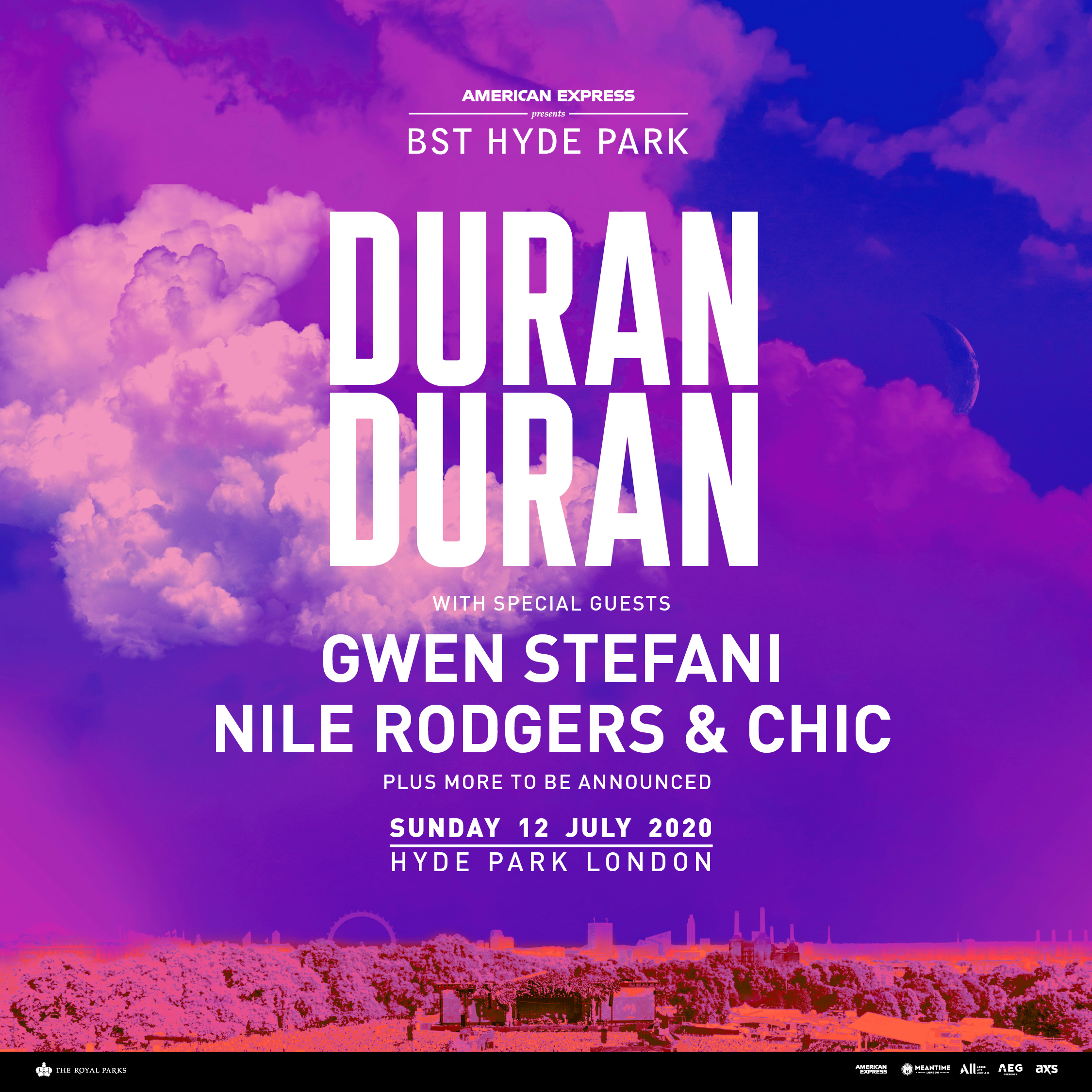