Pearl Jam have been confirmed as the second headliner for American Express presents BST Hyde Park 2020, in what will be their only UK show of 2020.

The US rock band will headline the London series on Friday 10th July 2020, supported by Pixies, White Reaper and more.

Earlier this year Pearl Jam confirmed they were recording an album, which is expected to be released in 2020. It will be the followup to 2013's Lightning Bolt.

Formed in Seattle in 1990, Pearl Jam were one of the pioneers of the alternative rock movement that changed music forever. Lead by the superstar frontman Eddie Vedder, their breakout debut album Ten, released in 1991, had a lasting impact on the scene, achieving the group mainstream success. They’ve inspired countless bands with their hits, including ‘Black’, ‘Jeremy’, ‘ Alive’ and ‘Rearviewmirror’.

Tickets and packages to Pearl Jam at BST Hyde Park 2020 are on sale here. 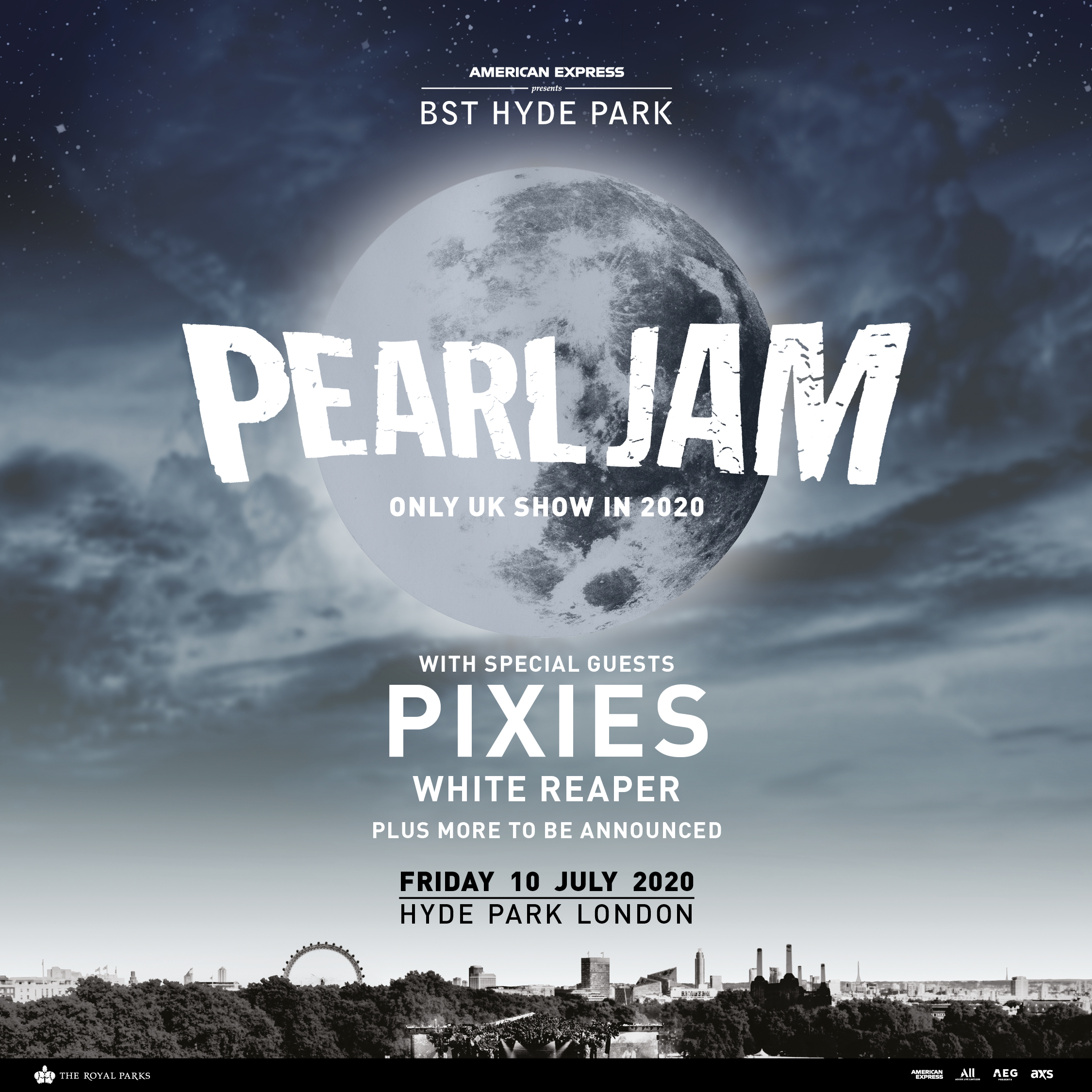