Chance the Rapper, Skepta and The Weeknd to Headline Wireless Festival 2017

Wireless Festival have announced their first wave of artists for 2017's edition, which will be topped by Chance the Rapper, Skepta and The Weeknd.

The trio will head up a lineup that also includes Bryson Tiller, Rae Sremmurd and Nas in London's Finsbury Park this July. The former two will be performing UK festival exclusives.

View the full lineup announced so far on our guide. 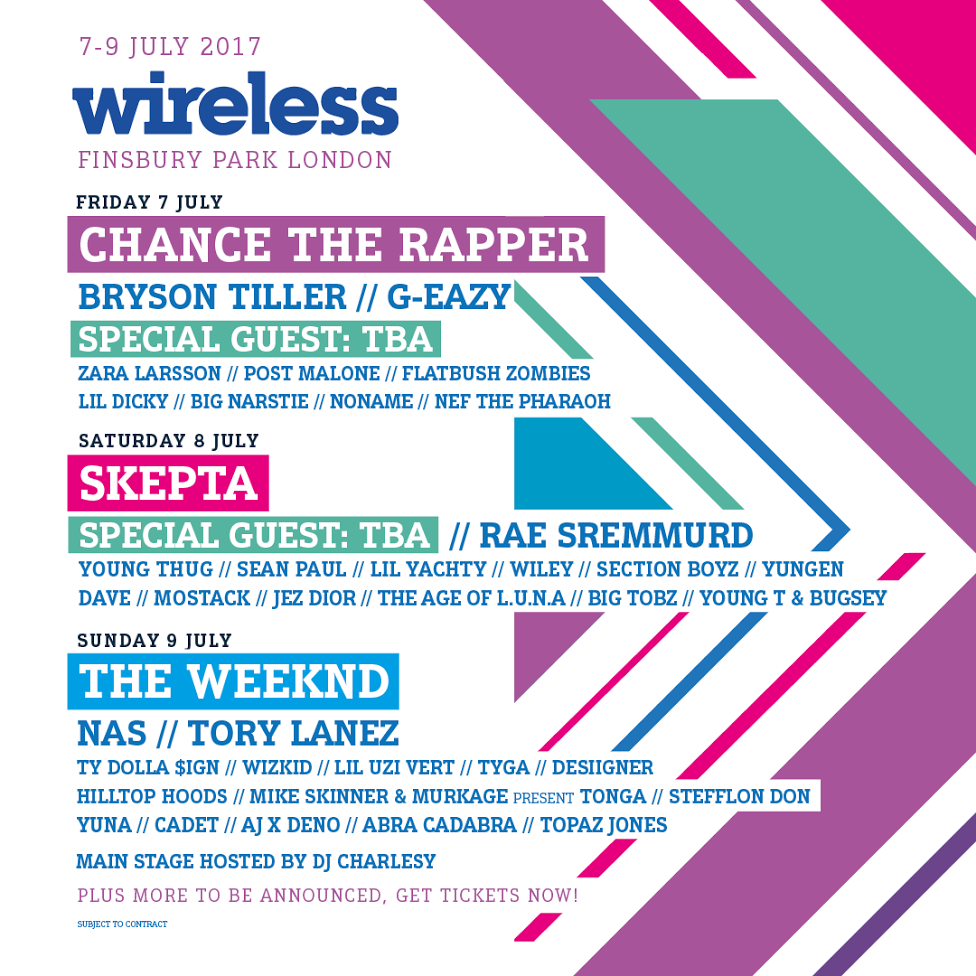 Wireless Festival will take place in London's Finsbury Park on 7-9 July 2017. Find out more on our guide, and book your tickets and packages here.