CHVRCHES, Futureheads, Everything Everything, Honeyblood and more have been confirmed for Latitude Festival 2019, joining headliners George Ezra, Snow Patrol and Lana Del Rey.

But Latitude isn't just about the music, with a diverse programme of comedy and theatre also forming a huge part of its lineup. This year's edition will feature performances from Russell Kane, Michelle Wolf and Jason Manford, alongside productions from performing arts companies such as Sadler's Wells.

This year's festival will take place on 18-21 July 2019. Tickets and accommodation are available here. 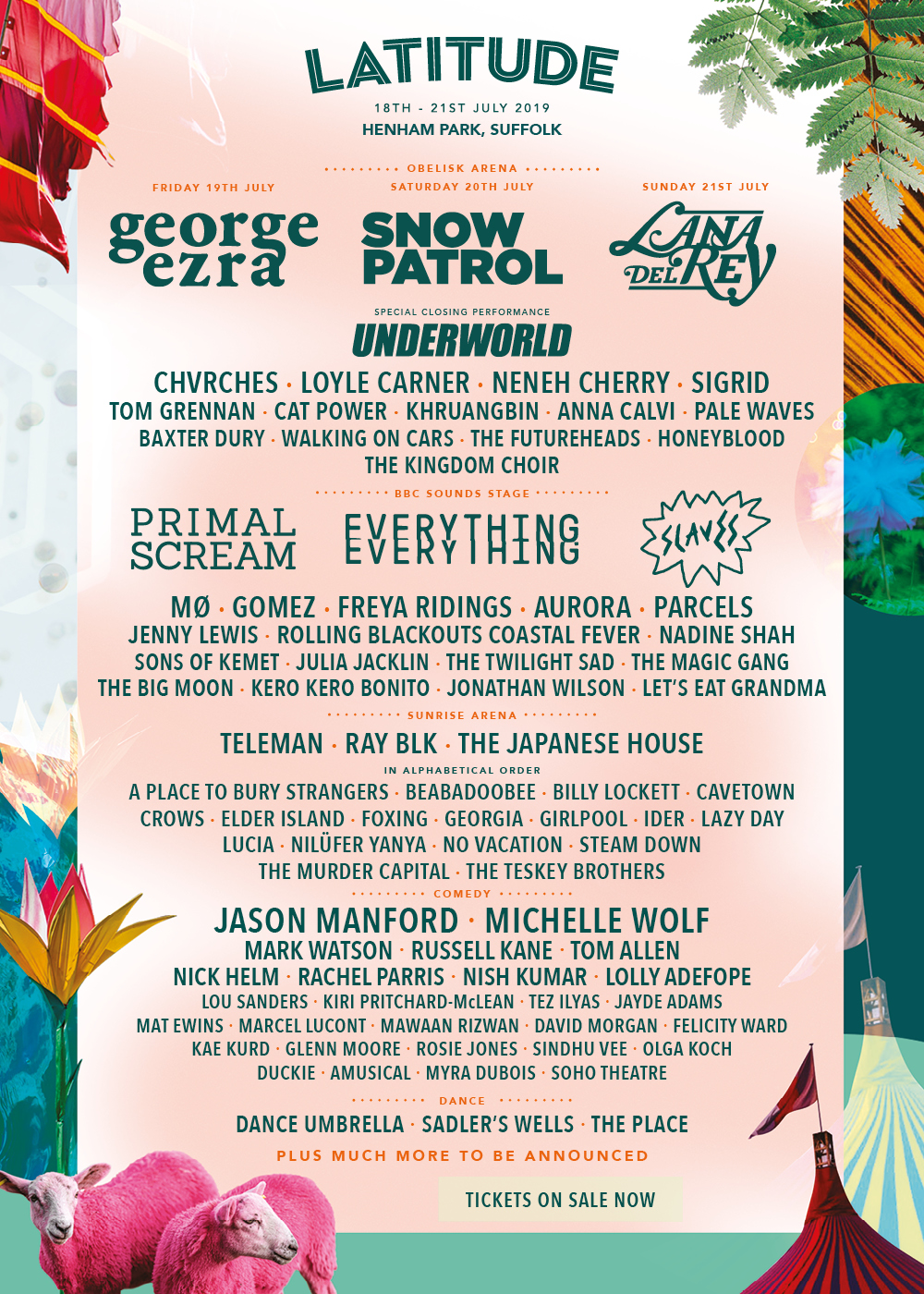