With just over four months till their gates open, Coachella have revealed their highly anticipated 2020 lineup. In what is a good representation of the evolution of the festival, this year will be headlined by the reformed Rage Against The Machine, everyone's favorite reclusive r&b crooner Frank Ocean, and hip hop's leading tripped out light Travis Scott.

Joining them at the Empire Polo Club in Indio, California over the festival's two weekends will be the likes of Thom Yorke, Lana Del Rey, Flume, as well as many, many more.

Passes for Weekend One have officially sold out but we have a limited and exclusive amount of Weekend Two Festival Passes on sale here.

We also have a limited number of Travel Packages for Weekend One and Two, as well as Weekend One Camping Passes and add ons still available here. 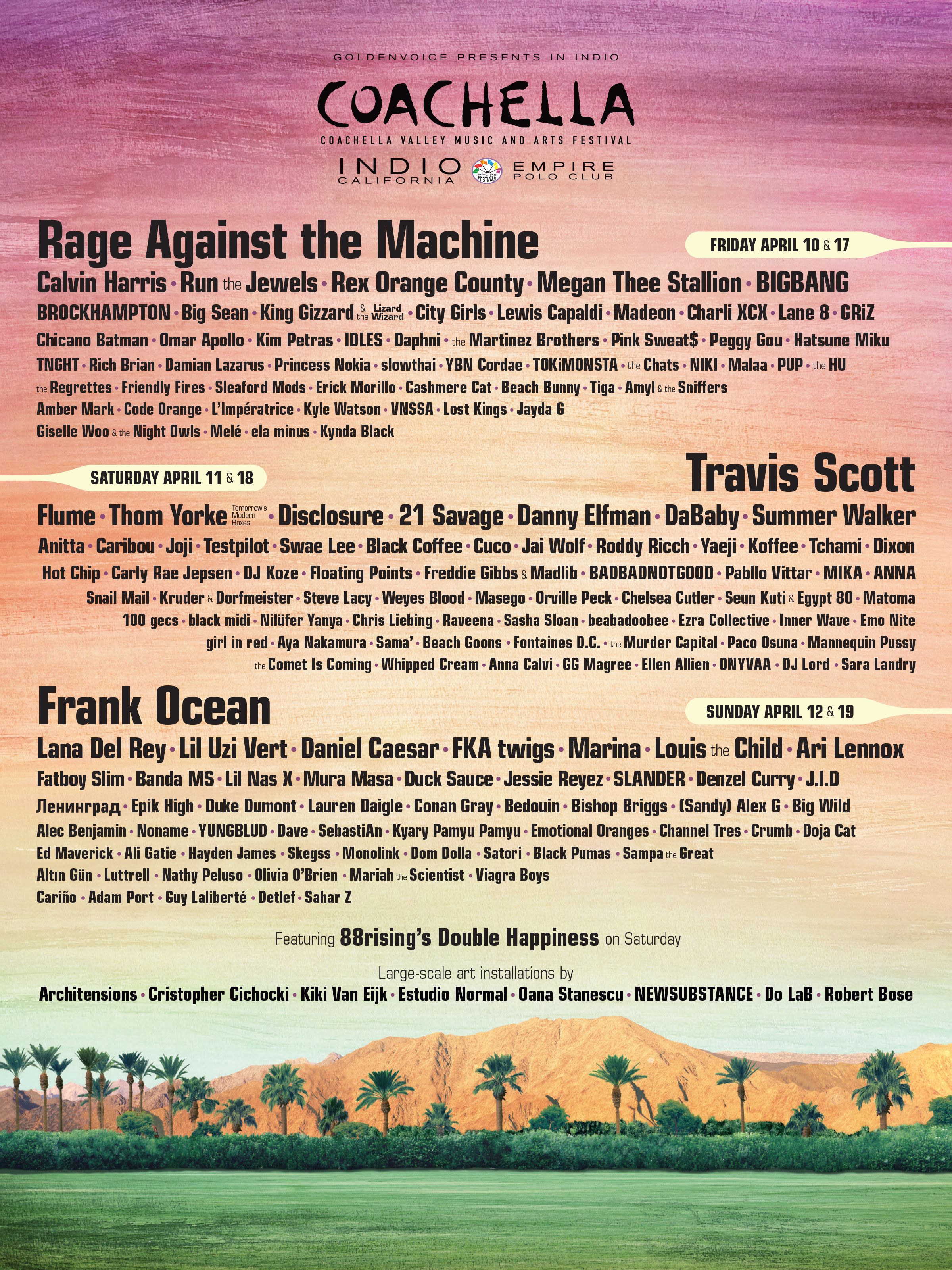