The Cure have announced a new one-day, specially-curated festival called Pasadena Daydream, which they will also headline. The festival will take place at the Rose Bowl Stadium in Pasadena, California on Saturday, August 31, and will include performances from Deftones, Pixies, The Twilight Sad, Chelsea Wolfe, Mogwai, The Joy Formidable, Throwing Muses, Emma Ruth Rundle and Kaelan Mikla.

The news comes just over a month after the band were inducted into the Rock and Roll Hall of Fame, where frontman and founder Robert Smith's comically deadpan interview went viral, and continues their taste for curation after selecting the lineup for last year's Meltdown Festival in London.

The iconic new wave band are also set to celebrate the 30th anniversary of their classic album Disintergration at the end of the month with a special performance at the Sydney Opera House, as well as embarking on a summer-long international festival tour. A new album, their first in ten years, is also set for release later this year. 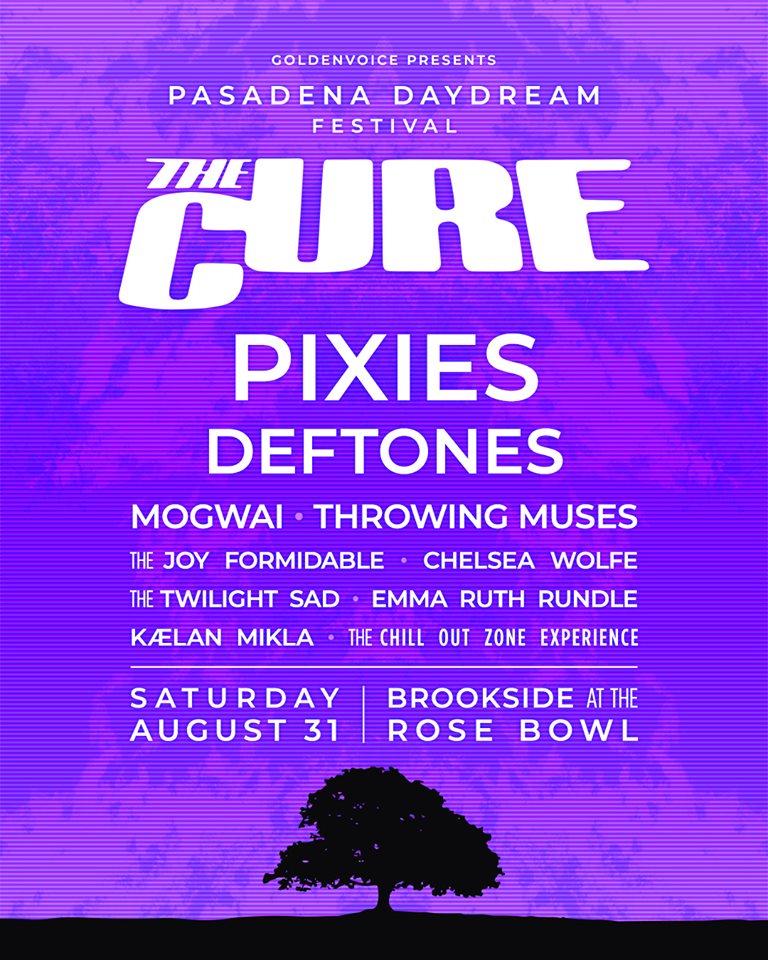 The Cure play a long list of festivals this summer including Mad Cool, Glasgow Summer Sessions and EXIT Festival – click here to find out more.