Def Leppard, Slipknot and Tool have been announced as the three headliners for Download Festival, taking place in June next year.

Classic rock powerhouse Def Leppard return to the hallowed Main Stage of Donington Park to play their seminal album Hysteria in full for what will be their only UK show of 2019.

Frontman Joe Elliott said: “We are delighted to be going back to headline Download in 2019! The festival has a very special place in our hearts and it’s such a great place to play. We will be playing Hysteria in full - yes, in full! - plus a load more of the hits, and we are going to put on a very special show for our UK fans. Can’t wait to see you all there!”

Masked metallers Slipknot will also headline. Regarded as one of the most defining acts of the last two decades, their sheer power has been proven with their pivotal appearances at the festival going down in as legendary. With a back catalogue of rock club classics ‘Duality’, ‘Spit It Out’, 'Before I Forget’ and ‘Psychosocial’, Slipknot’s elite status and enduring relevance makes them one of the most exciting acts in the world today.

The third and final headliner will be a long awaited return for the one and only Tool. 13 years after they last played, the Grammy award winning, multi-platinum prog-rock Gods will once again take fans on a journey through their enviable discography, including Undertow, Lateralus and 10,000 Days. 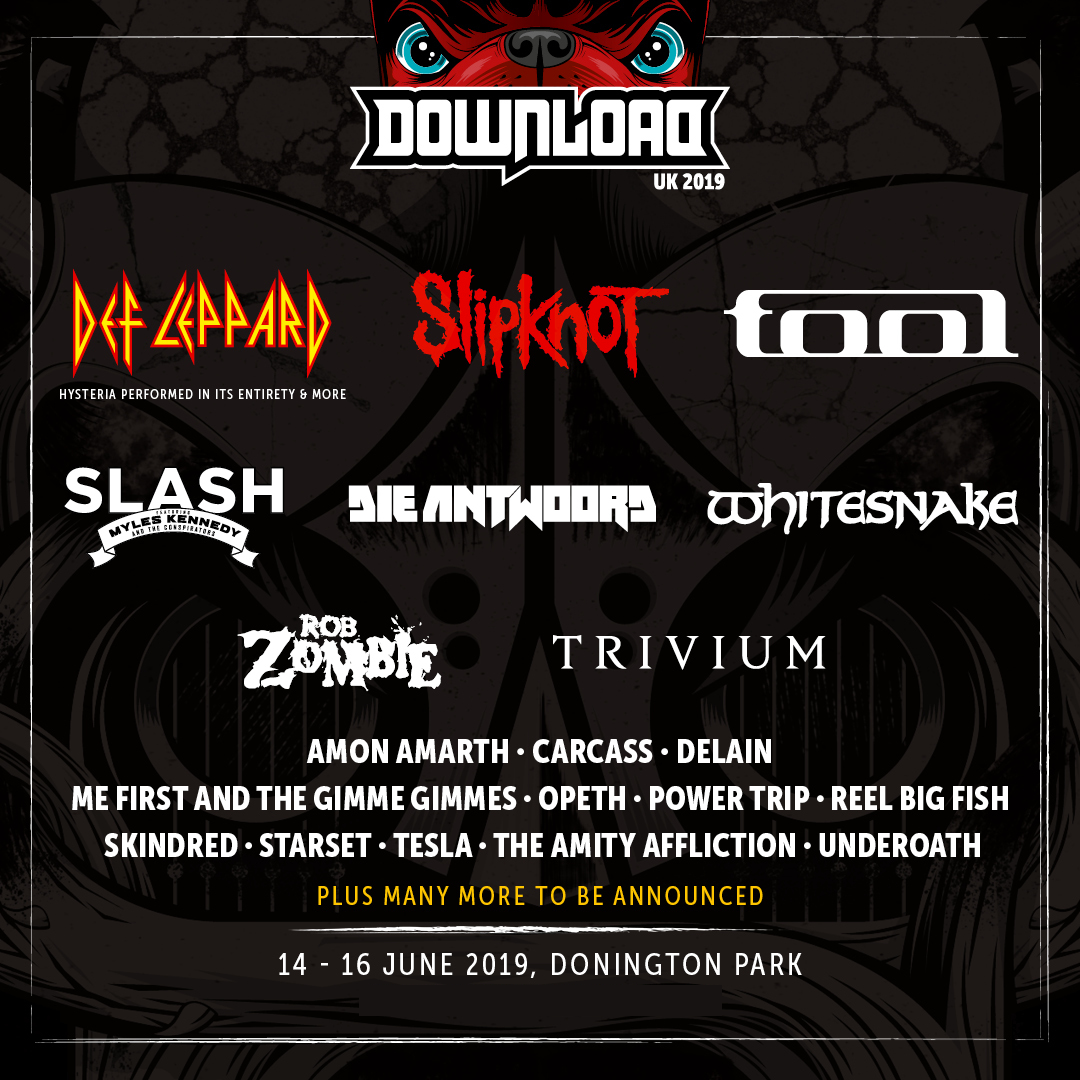