With less than a month to go until the latest edition of DGTL Barcelona, the organisers have now revealed the full timetable for the 2019 festival, another showcase of the biggest and best names from house and techno's underground.

Fans will be left with the unavoidably difficult decision of which DJ they want to close out their festival experience in the early hours of Sunday morning – Mano Le Tough, Len Faki, Lil' Louis and Paco Osuna the four acts given the esteemed slot on the four respective stages.

The recently announced triple-header of Dubfire, Tiga and Seth Troxler – playing the festival's first ever B2B2B – will span four hours on the Amp stage on Friday 23 August, from 9pm until 1am the next day. 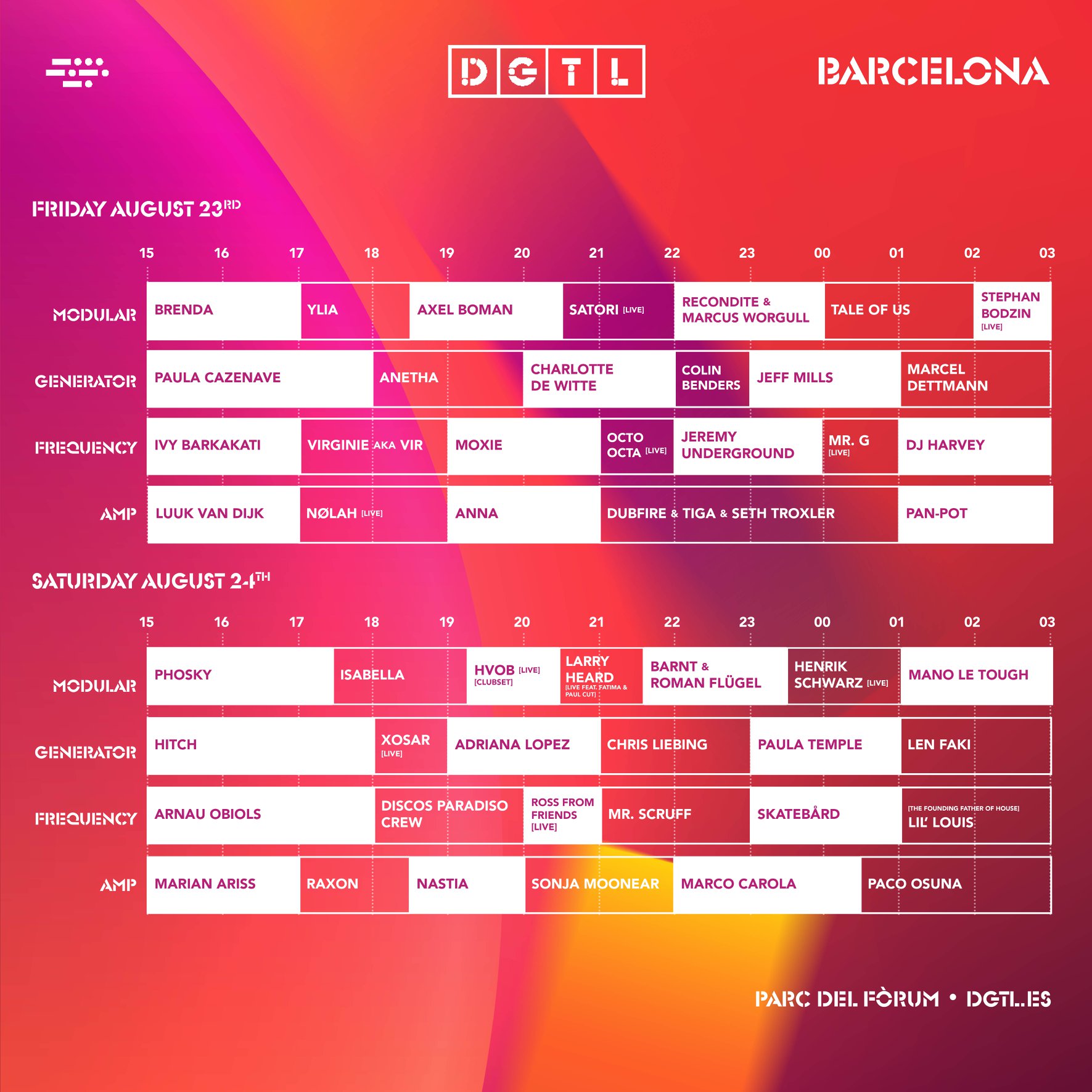 Another first for this year's edition, beyond the music, sees DGTL Barcelona extend their well-documented commitment to sustainability into the accommodation that they offer festival-goers, with the DGTL Hostel offering eco-conscious ravers a viable option. Find out more below.