Born in Amsterdam and now a major player on a global scale, DGTL have added yet another event to their worldwide roster, this time in Madrid.

And with the debut edition to be held in just under three months in the Spanish capital, the organisers have now revealed the set of artists confirmed to appear at DGTL Madrid 2018.

The festival have also confirmed a handful of live sets, courtesy of Damian Schwartz, the combined forces of Âme & Mathew Jonson, and Versions, a live concept created by Madrid acts Psyk and Tadeo. See the full announcement below. 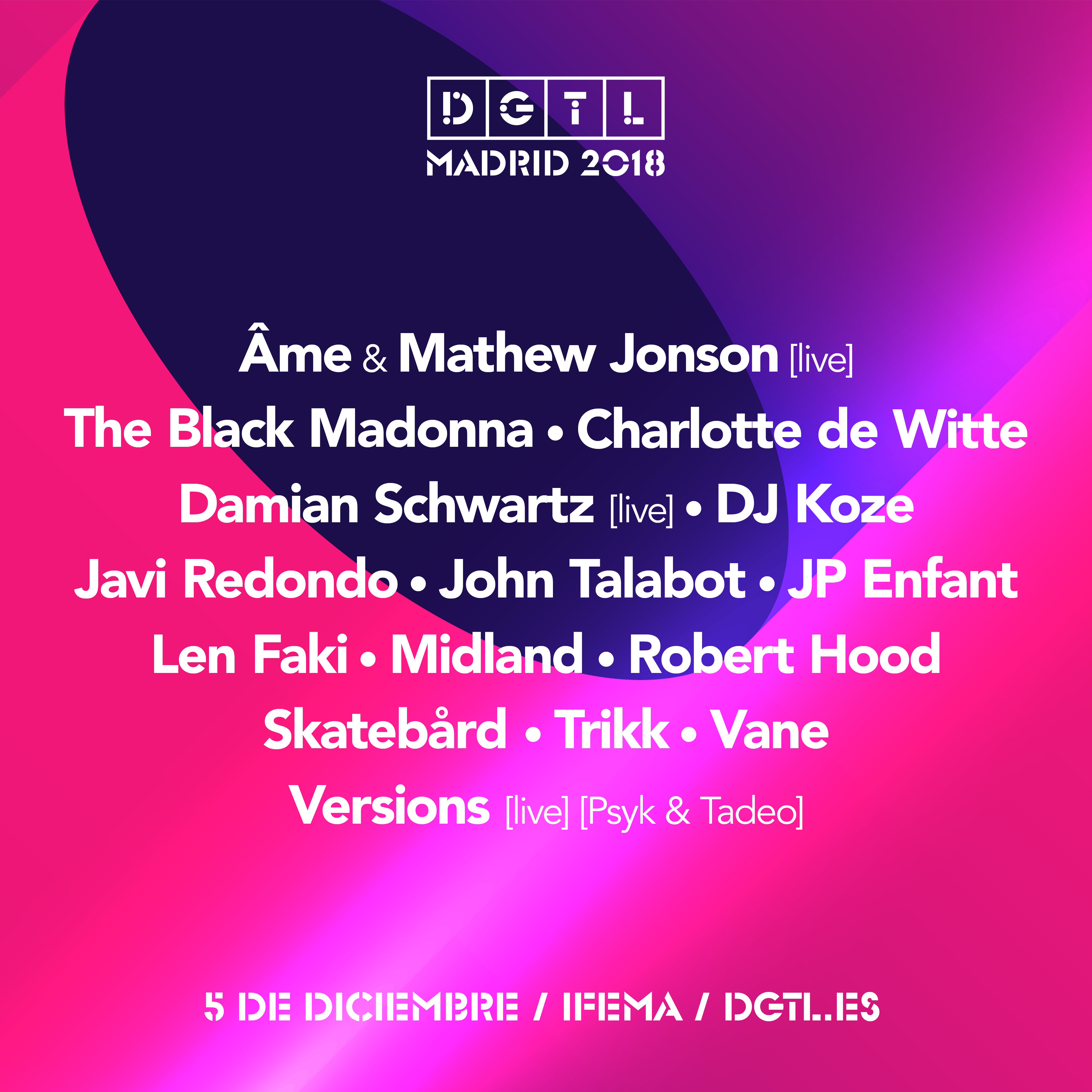