Leeds based Mint Festival has announced the lineup for its 2018 edition, taking place at a brand new to be announced city location this September.

The festival's third outing will be curated by four of electronic music's most renowned brands: Arcadia, Area 51, The Bunker and Woodstock Disco.

Heading up the lineup at the Arcadia Afterburner stage will be iconic garage DJ and producer DJ EZ, who will lead a charge that also includes Gorgon City, Tom Zanetti & KO Kane, Disciples and Jamie Duggan.

Split across day and night, this dystopian and futuristic structure is built from recycled material and radiates lights and lasers, has a flaming spire above the DJ booth, and has giant arms reaching out into the crowd to make it a truly dynamic and spectacular stage.

Next is Area 51, a vast hangar normally used to house fighter jets. But on the 22 September the immense space will be home to the techno power couple Adam Beyer and Ida Engberg, as well as Dixon, Enzo Siragusa, Joseph Capriati and tINI.

Third up is The Bunker. A no frills space made from huge steel shipping containers, this is a place that harks back to the early, illicit and hedonistic days of rave, and the place to catch Butch, Eats Everything, Patrick Topping, Skream and Richy Ahmed.

Last up is the world’s largest disco ball, suspends above the crowd as they boogie on down to Kerri Chandler B2B Jeremy Underground, Moodymann, Peggy Gou and Derrick Carter in what will be a truly unique experience. 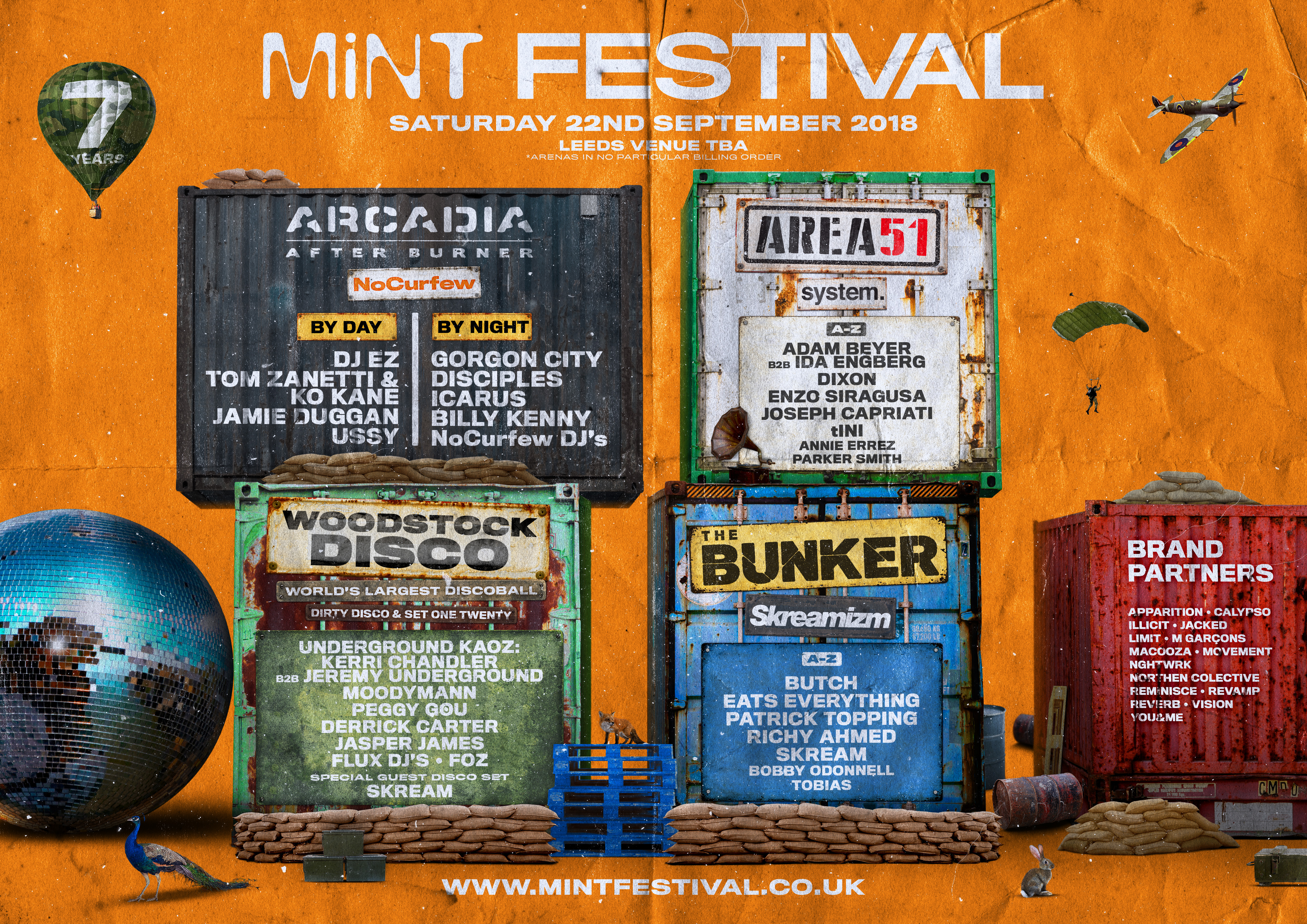