Sierra Nevada's Sun & Snow Festival have announced the first wave of artists confirmed the appear at their second edition, taking place in the southern Spanish mountain range from 18-20 April 2019.

Topping the bill are a selection of hugely respected figures from the electronic music underground, including DJ Tennis, Jennifer Cardini, DVS1, Matrixxman and Spain's very own Pional.

The festival will also include showcases from record labels Métrica and theBasement, both celebrated purveyors of house and techno.

See the full lineup so far below, and see our guide for more information about the festival. 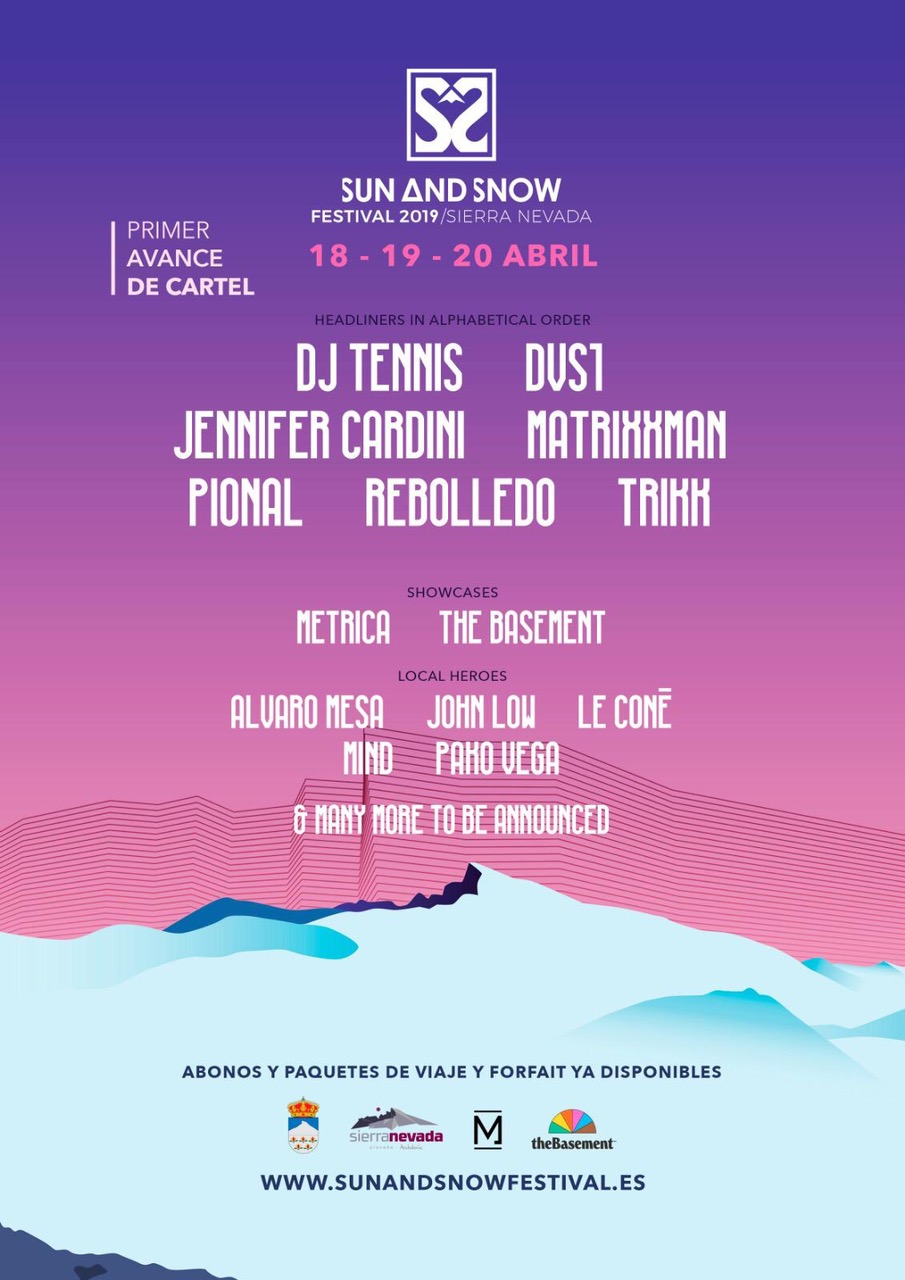