Download Festival 2020 has added a host of new names to its lineup, including Volbeat, Killswitch Engage and Babymetal.

They will join headliners Iron Maiden, KISS and System of a Down at Donnington Park next June.

Headed to Download are Denmark’s Volbeat, famed for their hybrid of rock ‘n’ roll, riffs and rockabilly, making for an explosive and certainly unpredictable live show. Their seventh studio album Rewind, Replay, Rebound dropped in August 2019 and came in at number 7 in the UK album charts.

Defining the metalcore genre with anthems such as ‘My Curse’ and ‘The End of Heartache’, Killswitch Engage have had three consecutive Top 10 debuts on the Billboard Top 200, landed several Grammy nominations, and have had half a billion streams.

Meanwhile, leaders in Japanese kawaii metal Babymetal arrive at Download following the success of their latest album Metal Galaxy. Formed in 2010, the band fuse metal with J-Pop and are a global name in heavy music, renowned for their flawless and unique performances. 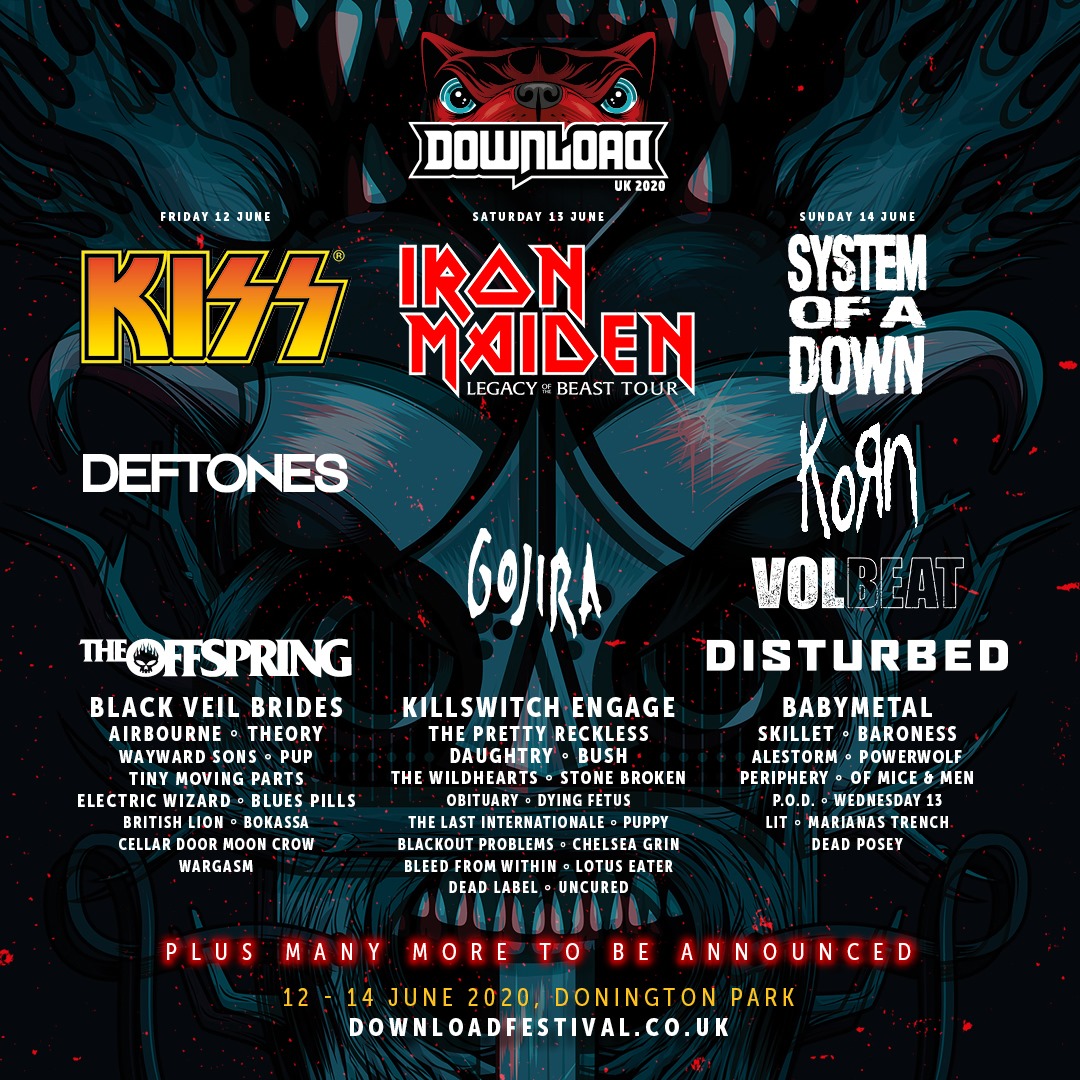