Download Festival have announced that NXT UK will be making their Download debut in 2019, recording live for their weekly NXT UK show on the WWE Network.

Alongside that, Download have also added no less than 17 new bands to their lineup, including a UK festival exclusive from Simple Creatures.

Download Festival 2019 will be headlined by Def Leppard, Slipknot and Tool. 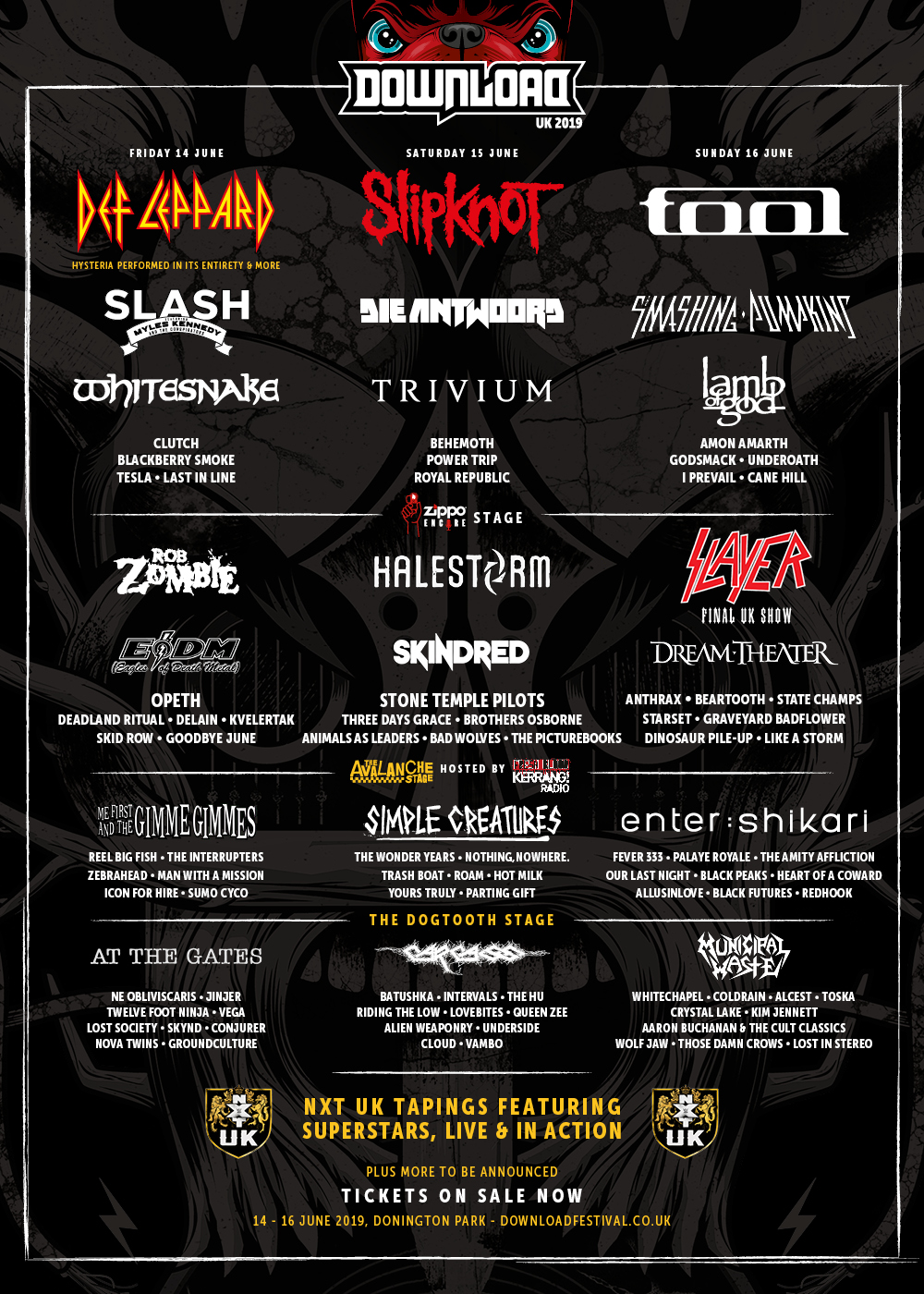