Earlier this summer, the team behind Serbia's legendary EXIT Festival announced the next chapter in their ongoing story, a brand new festival by the name of No Sleep.

Focusing more firmly on the underground techno that has always been on show at the Novi Sad giant, the new project promises 48 hours of continuous programming spread across the country's capital city, Belgrade.

And with Nina Kraviz, Dax J, I Hate Models and Aleksi Perälä having already been confirmed before today, all the signs were pointing towards a blistering techno marathon.

Now, iconic British DJ and producer Fatboy Slim has been confirmed as a headliner, in a performance that will see him bring a one-off 'Warehouse Rave' show to the Port of Belgrade, in a huge industrial building on the banks of the Danube. 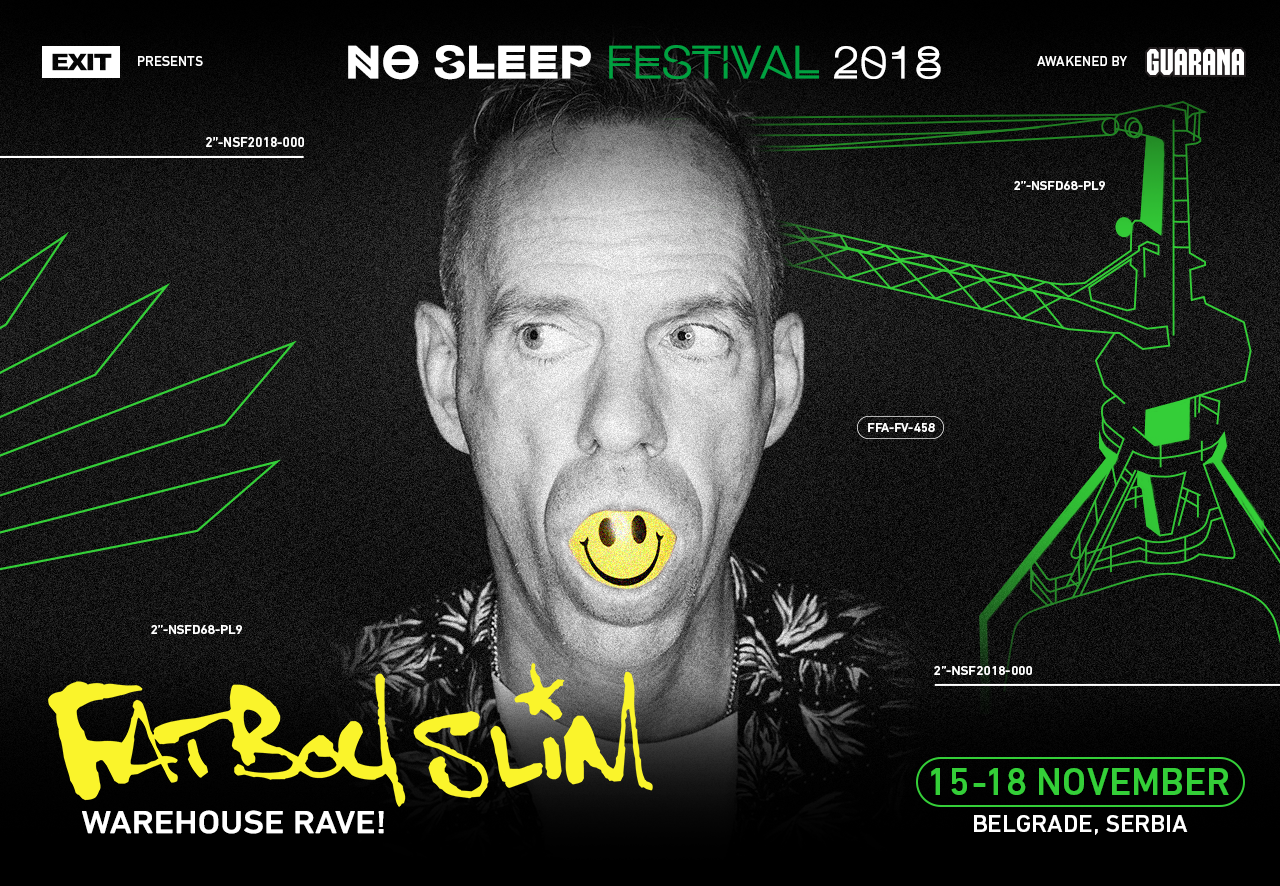 The debut edition of No Sleep Festival takes place in Belgrade from 15-18 November. Book tickets and accommodation here, and see our guide for more information.