Field Day have revealed the eagerly anticipated lineup for their 2019 edition, which sees the the festival move to.a brand new site in Meridian Water, North London.

Headlining on Friday 7 June is Skepta, the Tottenham-born MC and former member of the pioneering Meridian Crew a virtual no-brainer for the festival's new location. He will be joined by Jungle, Bonobo, Earl Sweatshirt, Deerhunter and Kelly Lee Owens, among others.

Field Day's new industrial home is a former gas works, consisting of a ten-acre outdoor site, as well as four interlinked warehouses –the biggest of which will have a capacity of 7500, making it the largest of its type in the capital.

See the full lineup so far below, and head to our guide for more information (including day splits). 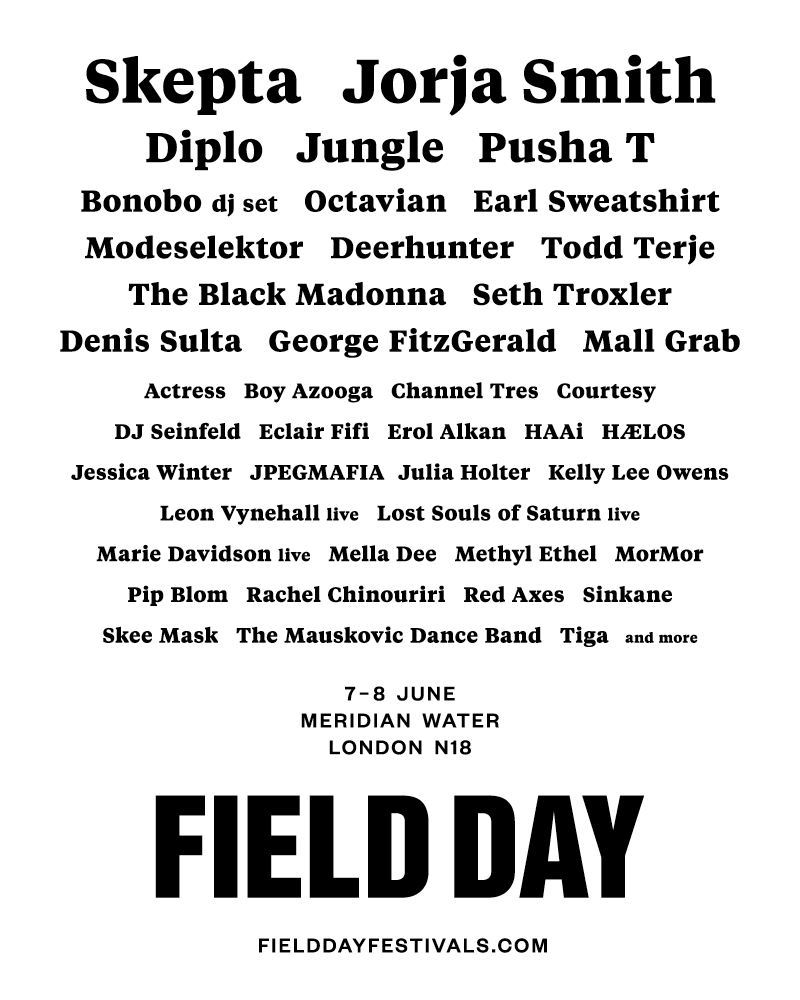