Returning for a second edition in the city of São Paulo, as part of the ongoing 25th anniversary celebrations, Time Warp were never going to do things by halves when it came to the lineup for their Brazilian outpost.

As such, the newly announced lineup for Time Warp Brasil 2019 features a wealth of underground house and techno's biggest and best-loved acts – from the cavernous techno of Amelie Lens and Rødhåd, through the tech-house of Jamie Jones, or the disco-infused stylings of the Black Madonna and Honey Dijon.

Also among those enlisted are Brazil-born DJ and producer ANNA, Scottish fan-favourite Denis Sulta, meteoric star Peggy Gou, and legends of the scene in the form of Richie Hawtin DJ Koze, and Ricardo Villalobos. 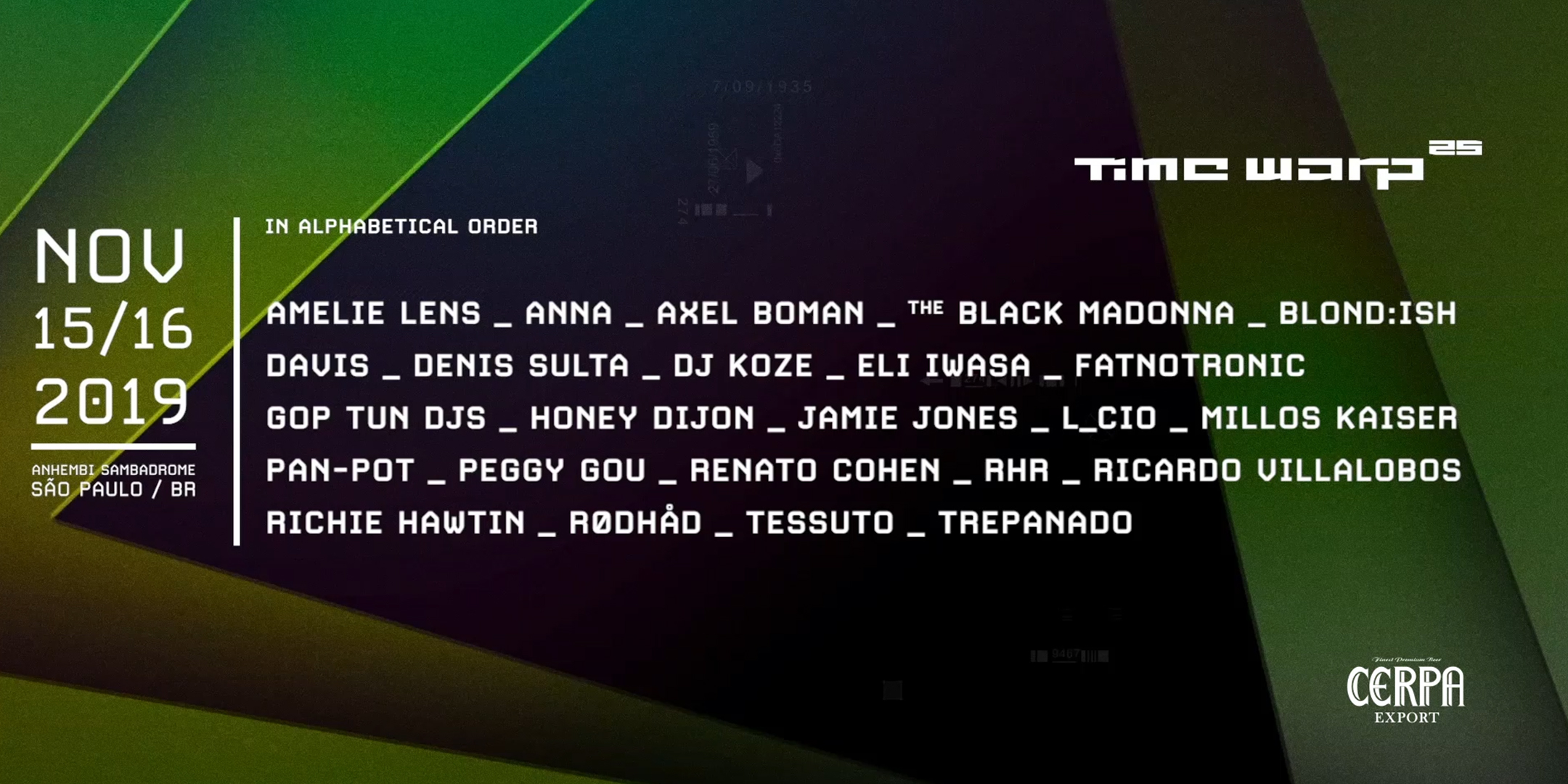