Emily Eavis, organiser of arguably the most famous festival on the planet, has just revealed the first lineup poster for the 50th Anniversary edition of Glastonbury Festival.

Hip-hop giant Kendrick Lamar, long rumoured to be the final headliner, join previously announced names Paul McCartney, Taylor Swift and Diana Ross at the top of the bill for this landmark edition, with hordes of other international superstars also announced.

The announcement also came amid concerns over the viability of the 2020 edition going ahead, Eavis addressing these with the following words:

"As things stand we are still working hard to deliver our 50th anniversary Festival in June and we are very proud of the bill that we have put together over the last year or so. No one has a crystal ball to see exactly where we will all be 15 weeks from now, but we are keeping our fingers firmly crossed that it will be here at Worthy Farm for the greatest show on Earth!⁣" 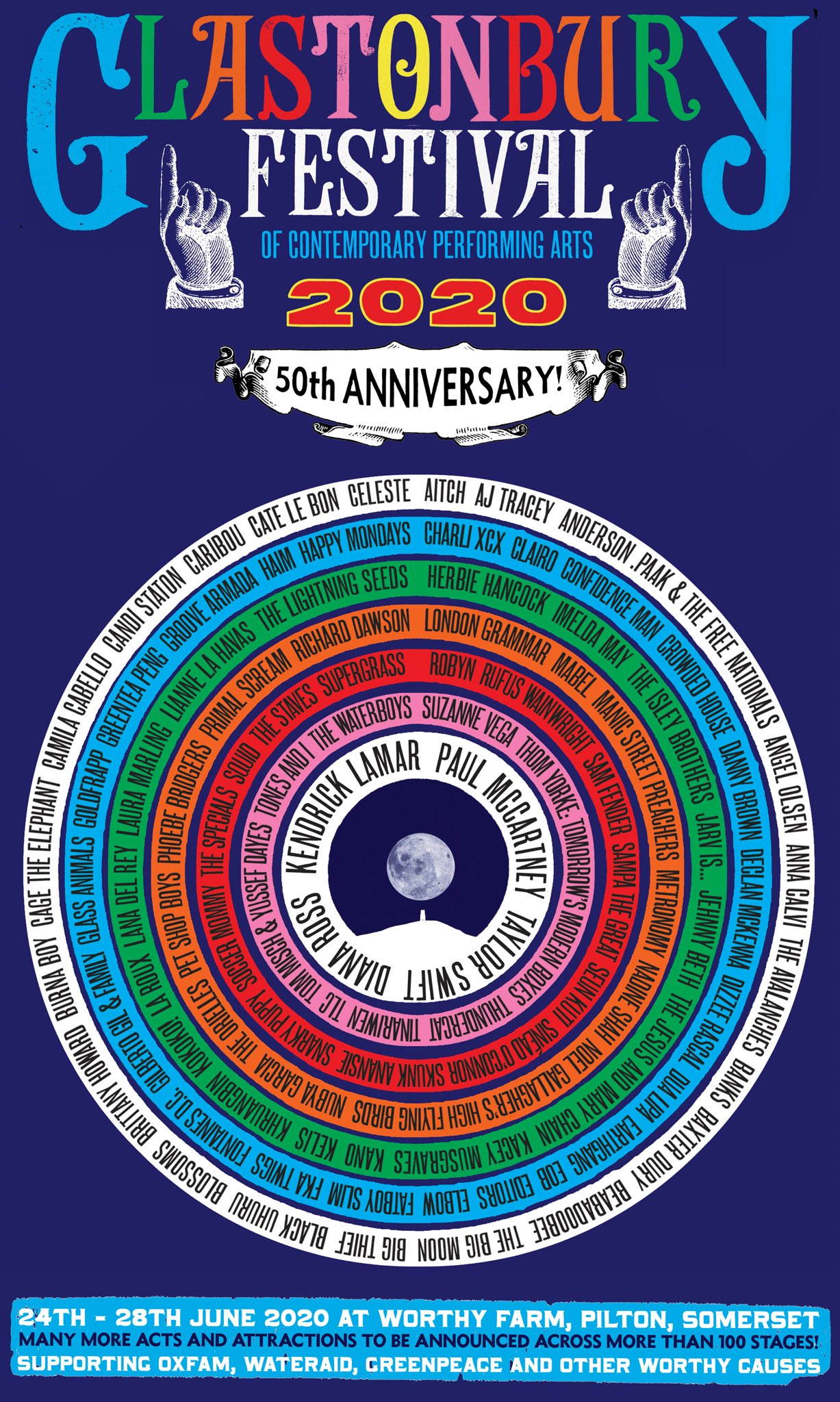