Green Day, Fall Out Boy and Weezer have announced their Hella Mega Tour, which will see the three bands unite for a 2020 tour.

Following a series of teasers, the three pop-punk favourites have now confirmed they're set to tour next year, including a night in Glasgow's Bellahouseton Park on Wednesday 24th June 2020.

The rumour mill started with Green Day frontman Billie Joe Armstrong tagging Fall Out Boy's Pete Wentz and Rivers Cuomo from Weezer in an instagram post, with the copy "hella mega", while some fans even received t-shirts with one bands photo paired up with another band's name.

Green Day had been due to perform in Bellahouston Park in July 2017 but had the gig called off due to bad weather. Following the cancellation, the band vowed to be back in a statement saying "We love you Scotland, we love the city of Glasgow and it goes without saying that we will be back." It seems that time has finally come.

Weezer – who released The Black Album earlier this year – are due to tour South America in a few weeks. Meanwhile Green Day are expected to release a new album soon.

Tickets to their show in Glasgow will go on sale at 10am on Friday 20th September. Subscribe to our waiting list for first access to this ticket sale. 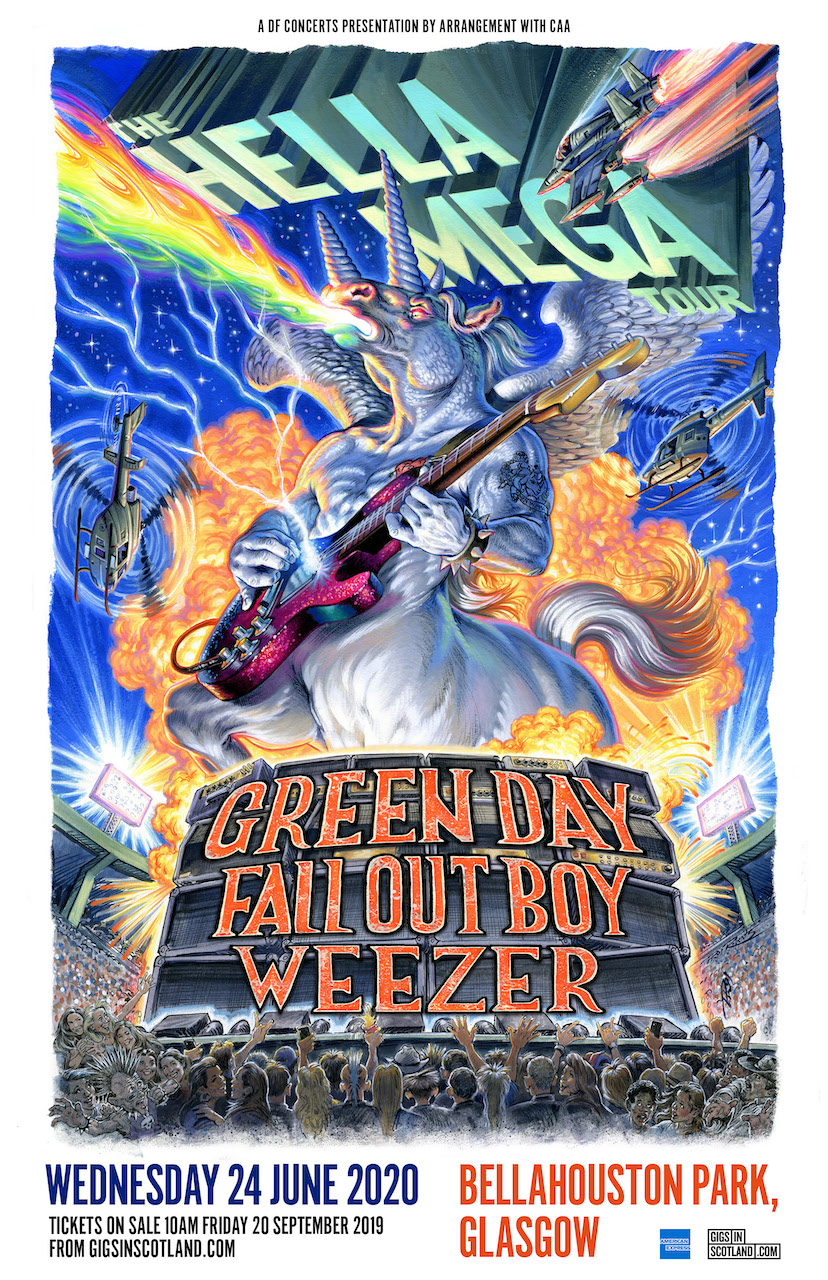