The Killers, Solange and alt-J to Headline Latitude Festival 2018

The Killers, Solange and alt-J have been confirmed to headline Latitude Festival 2018, taking place from 12-15 July 2018.

The Killers, fresh from the success for their sixth studio album Wonderful Wonderful, will headline the festival for the first time, while Grammy winning singer-songwriter Solange will also top the bill in what will be her first ever festival headline set in what will be a UK exclusive.

British indie outfit alt-J return after performing on the Lake Stage in 2012 as an aup and coming act, to headlining the BBC Music Stage in 2013 and then closing the Friday night at the festival's 10th anniversary in 2015.

On their return, alt-J said: We are over the moon to be returning to Latitude for a fourth time. It's a festival that's nurtured us beyond any other, taking us from the Lake Stage to the 6music Stage and then to headlining in 2015. To do so again is a huge privilege. See you in Suffolk!"

Latitude's diverse lineup of music, comedy, poetry, theatre, politics, film and workshops has made it one of the UK's most diverse and inclusive festivals.

That means away from the music, festival-goers will be able to experience lakeside theatre, woodland comedy and independent cinema amongst the variety of interactive art installations dotted across the site.

View the full lineup announced today on our guide. 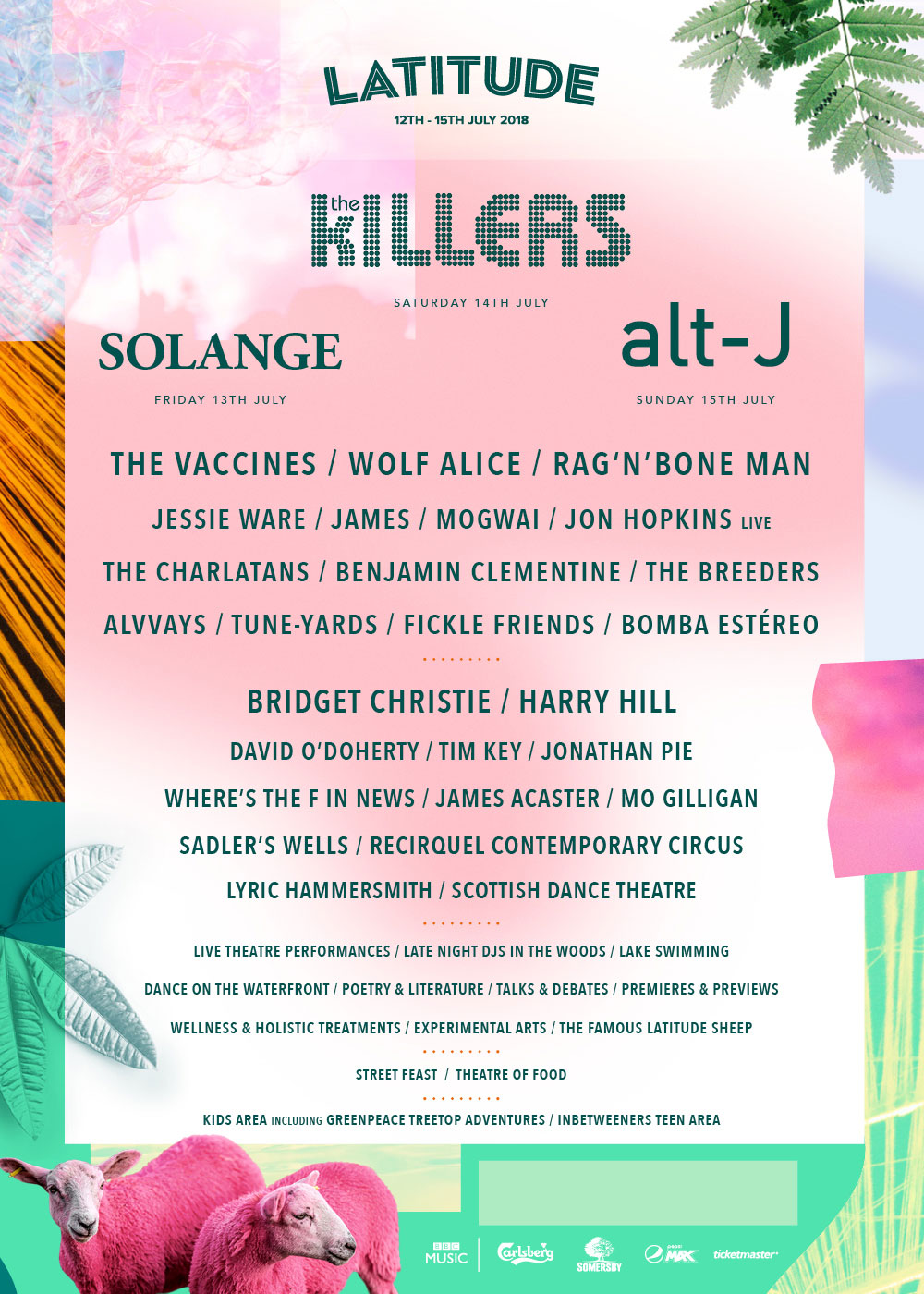 Latitude Festival will take place on 12-15 July 2018. Find out more on our guide, and book your trip to this summer's festival here.