Despite being in its relative infancy as an event, having been hosted for the first time in the summer of 2017, Houghton Festival has already become of the most respected names in the UK's underground electronic festival scene.

This reputation comes in no small part from the lineups on offer, and with the unveiling of this year's poster – comprised of more than 200 names – that looks unlikely to change.

Curated each year by veteran DJ and long-standing Fabric resident Craig Richards, the festival's musical offerings draw heavily from the worlds of underground house and techno, but there are plenty of other styles on offer, from the disco, soul, and funk, through to drum and bass, dubstep, electro, ambient, Afrobeat and more.

Another huge part of the Houghton appeal over the last few years – besides the lineup and propensity of longer sets – has been the commitment to production and sound quality, aiming to succeed where several others fall short by providing bespoke, world-class sound systems to ensure the highest standards are met.

See below for the full lineup announcement, and head to our guide for more information about the festival. 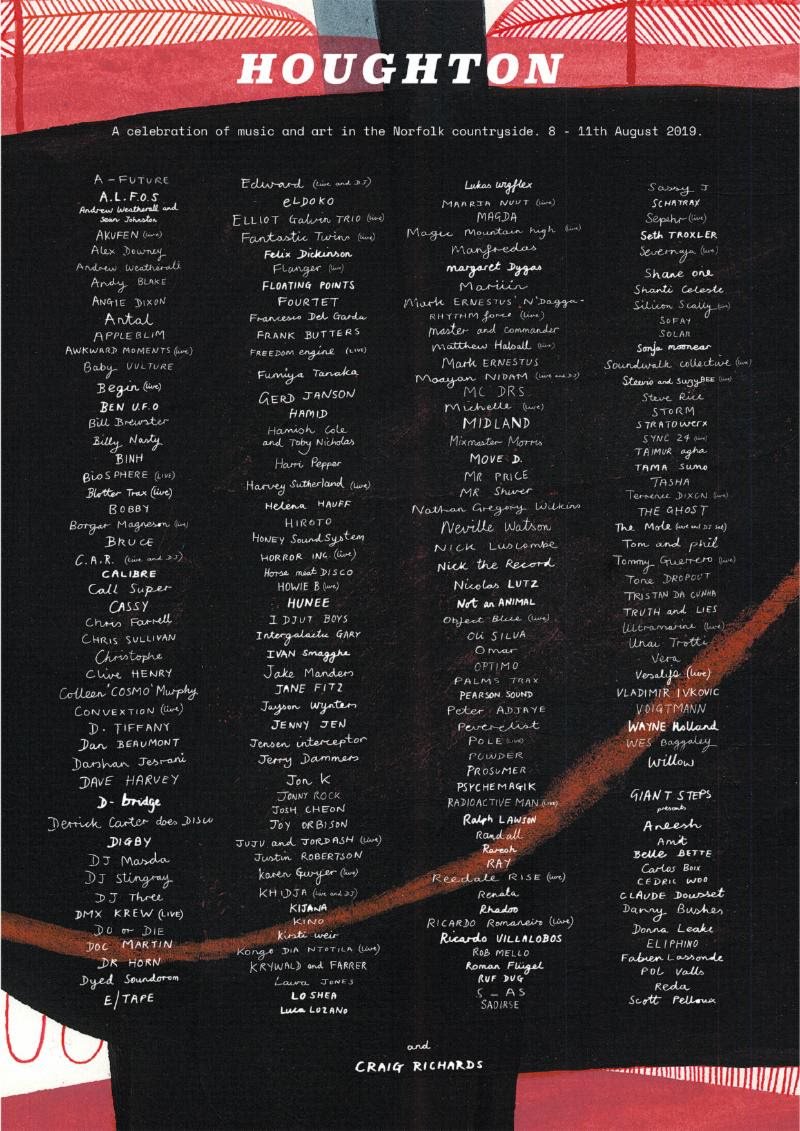