The historic UK festival has managed to roll over the majority of 2020's lineup to next year following this year's cancellation.

Confirmed to be returning to headline Isle of Wight Festival 2021 are Lionel Richie, Lewis Capaldi, Snow Patrol and Duran Duran, while Sam Fender, Primal Scream, Razorlight, Kaiser Chiefs, Ella Henderson, All Saints, Pete Tong presents Ibiza Classics, James Arthur, You Me At Six and Happy Mondays have also been revealed to be returning to Seaclose Park next June.

New additions to next year's lineup include The Script, Jess Glynne, Carly Rae Jepsen, Mavis Staples, The Snuts and The Alarm.

Packages to Isle of Wight Festival 2021 are now on sale here. 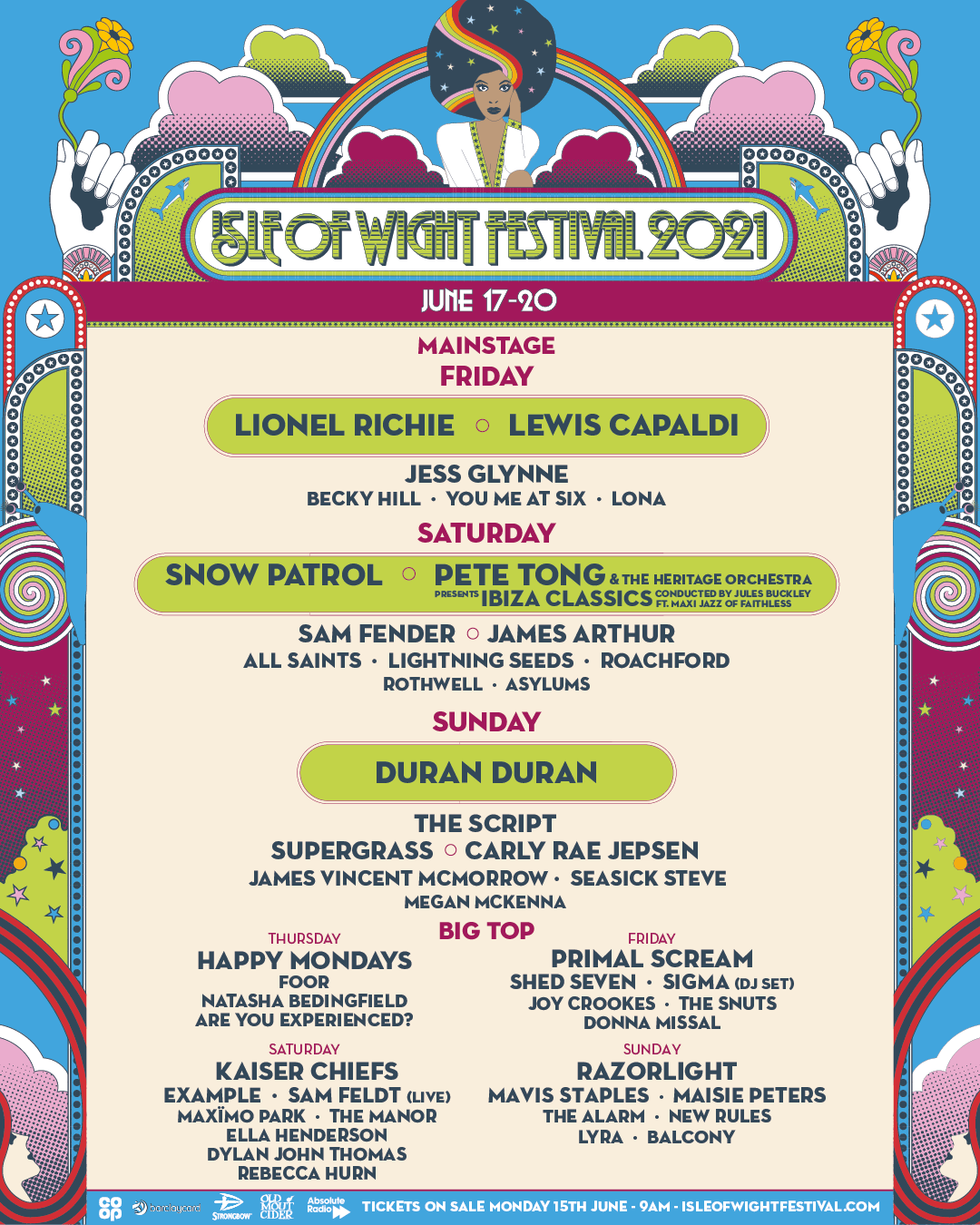