After a remarkable debut outing, laden with illustrious names from all corners of the music spectrum, Fest Festival have revealed that BRIT Award-winner and Grammy Award nominee James Bay will headline the Polish festival next August.

With his sophomore album Electric Light released last year, Bay removed his trademark hat and the creative shackles, moving into R&B territory and later securing support slots with Ed Sheeran earlier this year. The dashing troubadour offered a glimpse of his next full-length effort with single 'Peer Pressure' in February, so expect even more new material by the time he reaches the Fest Festival stage.

Joining James Bay on the festival's lineup is Nothing But Thieves, Sigrid, Denzel Curry, as well as Ferdinand and Lost Boy, with plenty more impressively eclectic names to be revealed in the coming months.

Check out the full announcement below: 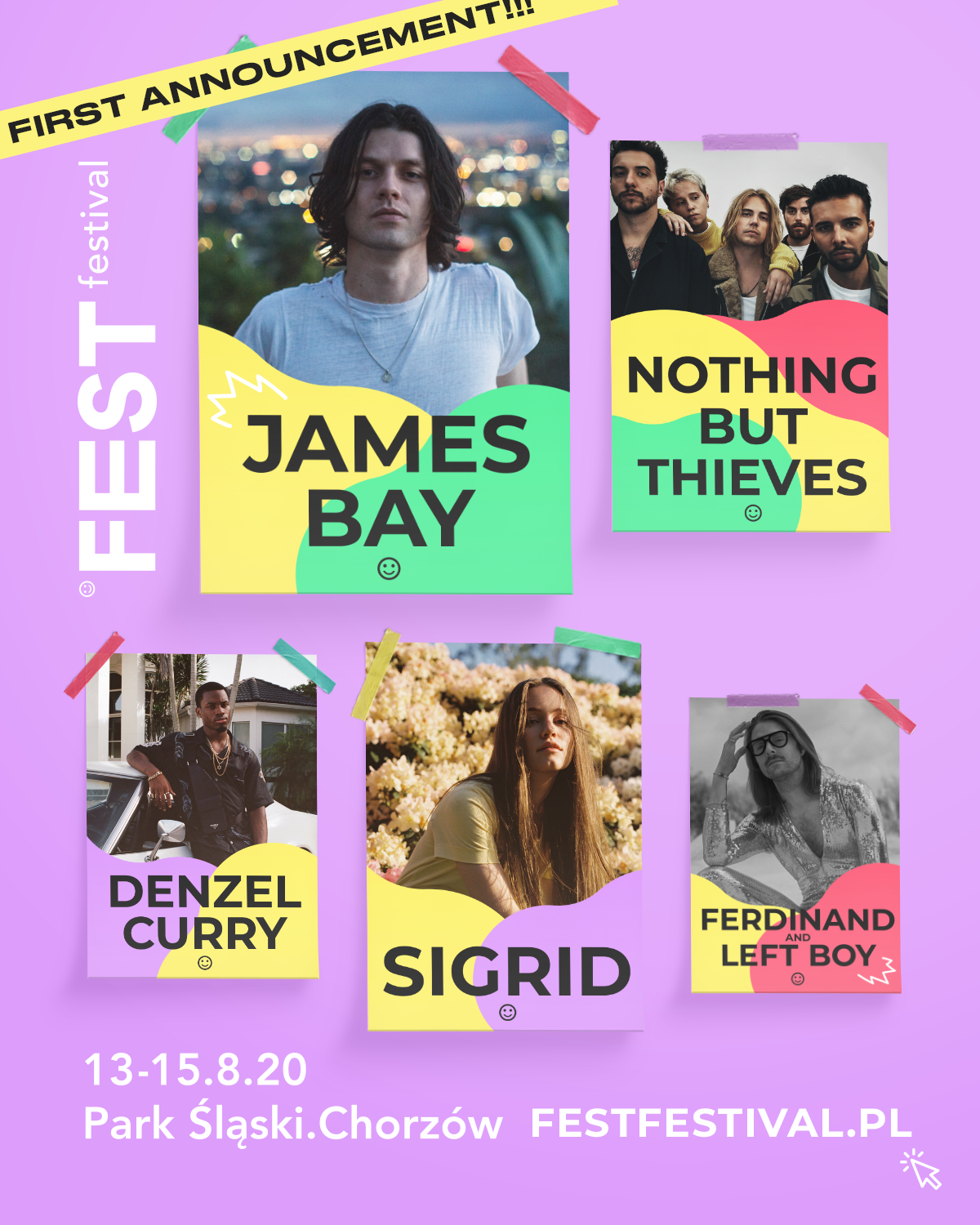