The world's biggest drum and bass festival Let It Roll have just announced Phase Two of their lineup, with Chase & Status, Andy C, and Pendulum revealed as the next batch of headliners.

They'll be joining High Contrast and Noisia at the festival's summit, completing a powerhouse group of headline acts.

Additionally, Bredren, Culture Shock, Cyantific, TC, and Macky Gee will be appearing in amongst the bass-heavy roster come August.

See the full second phase announcement below, and head to our guide for more information about the festival. 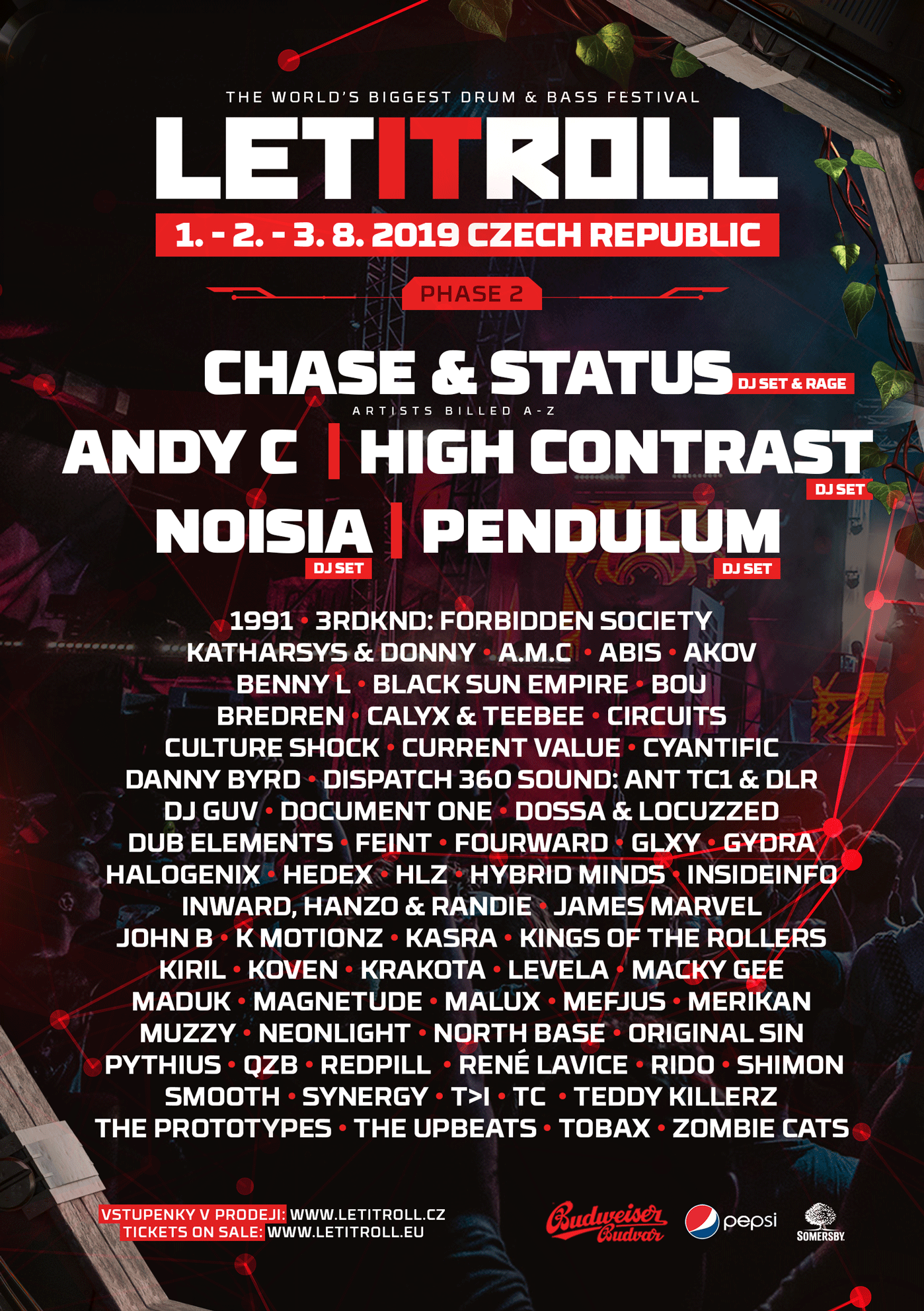