The first names have been confirmed for Lisb-On #Jardim Sonoro 2017.

The festival takes place in the Portuguese capital on the first three days of Septembers, with DJs and musicians and performing amidst the picturesque greenery that betrays the festival's location in the heart of the bustling city. 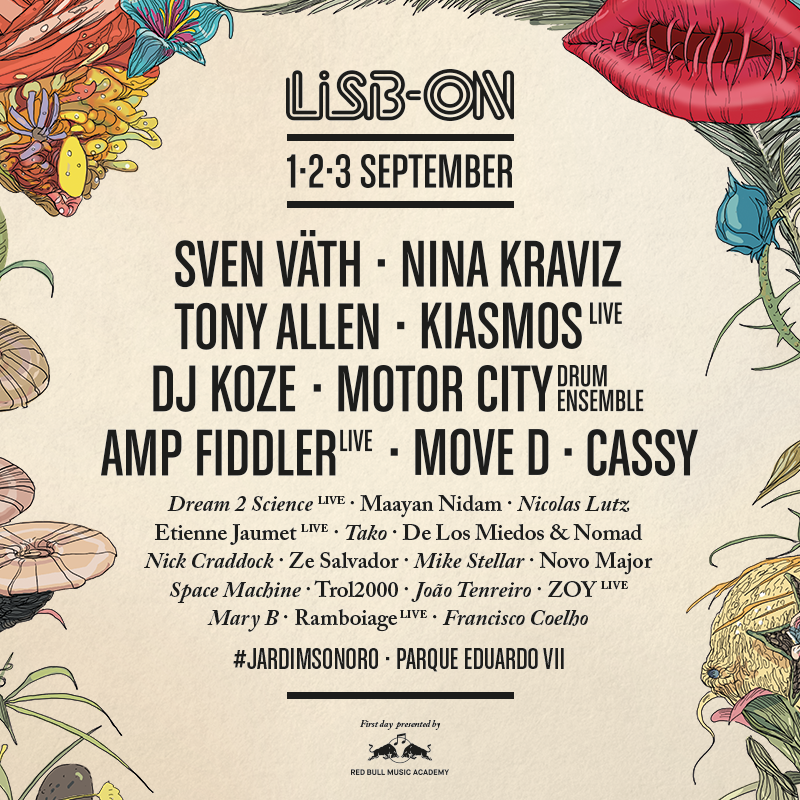