With the lineup already coming together nicely after the initial announcements – The Cure, Vampire Weekend, The 1975, The National, Mogwai, Bon Iver and Tash Sultana to name a few – Spain's Mad Cool Festival have now revealed when tickets will be going on sale for their 2019 edition.

General sale will open on Monday 3 December, with full weekend tickets available for the festival's fourth edition, taking place in the north of Madrid from 11-13 July 2019.

What's more, a new wave of acts have been added to the lineup, with day splits also confirmed. See the full lineup so far below. 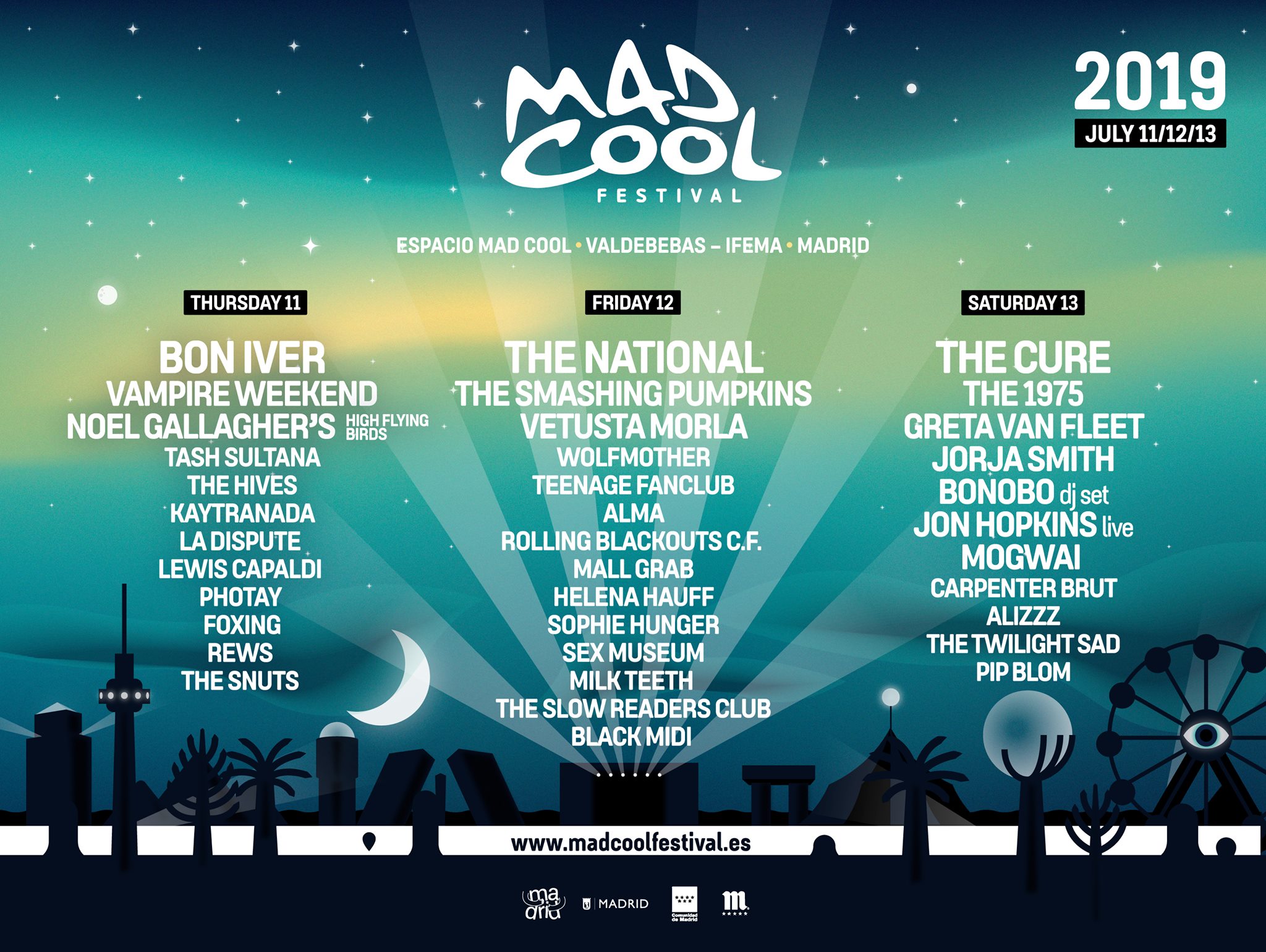