Neighbourhood Festival 2019 has announced its phase two lineup, which sees The Sherlocks, Fat White Family and The Twang join Miles Kane, The Big Moon and The Blinders at the Manchester festival this October.

Neighbourhood Festival takes place across a number of venues throughout the northwestern city – which has a vibrant music scene and rich cultural history – establishing itself as a key figure in the region's indie music scene.

Tickets, packages and accommodation to Neighbourhood Festival 2019 are available here. 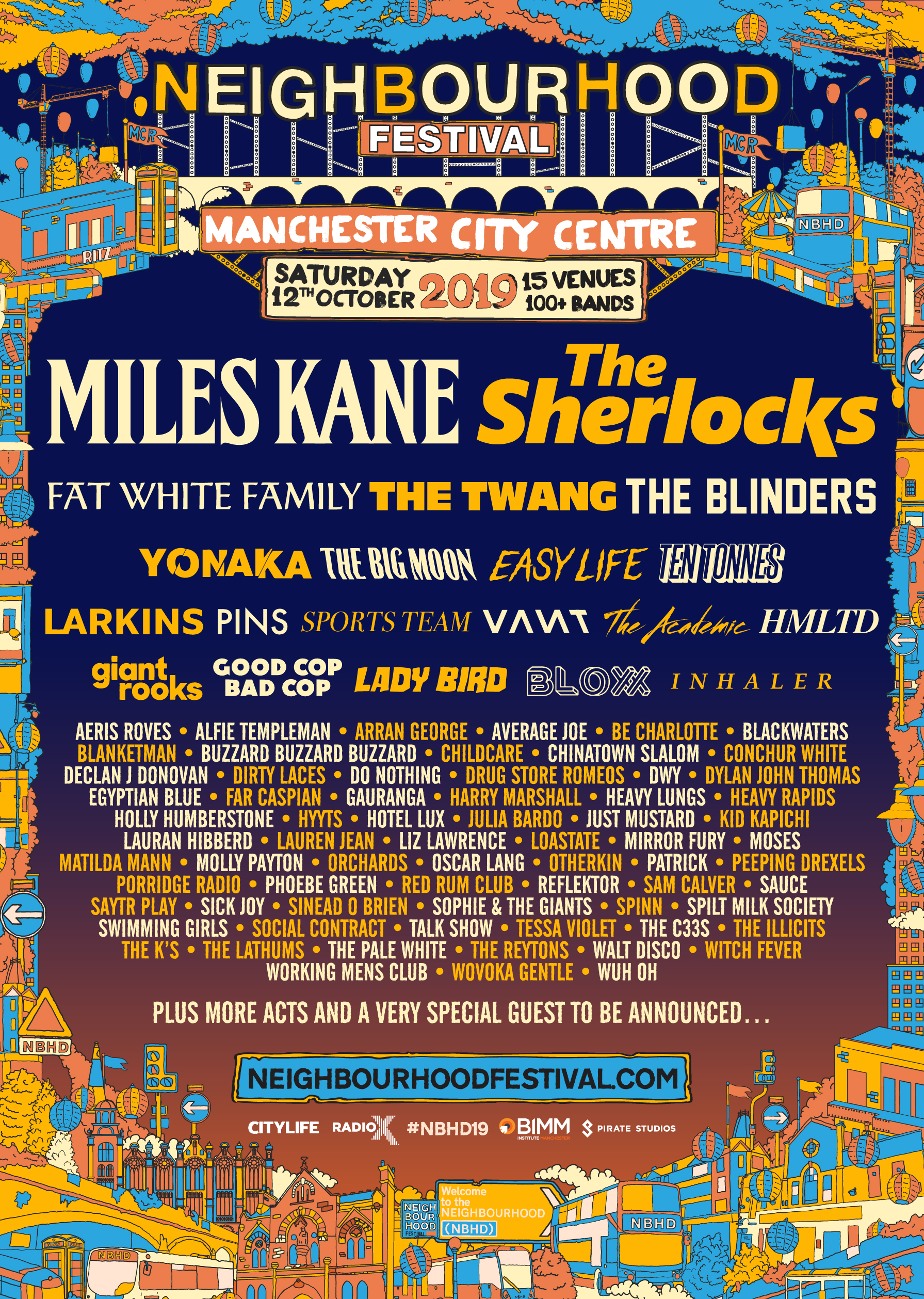