A whole host of acts have been announced for Manchester's multi-venue, city centre favourite, with Miles Kane currently topping the bill for Neighbourhood Festival 2019. Among those just below him on the lineup are The Big Moon, Easy Life, Ten Tonnes, Sports Team, The Blinders, and HMLTD.

Held over the course of one day, across 15 venues in the northwestern city, the festival offers music fans the chance to see rising stars of the indie and alternative scenes in a city that boasts a rich music and cultural history.

More than 50 acts are still to be announced, joining those in this first wave in performing on Saturday 12 October. See below for the lineup so far, and book your tickets to this year's festival here. 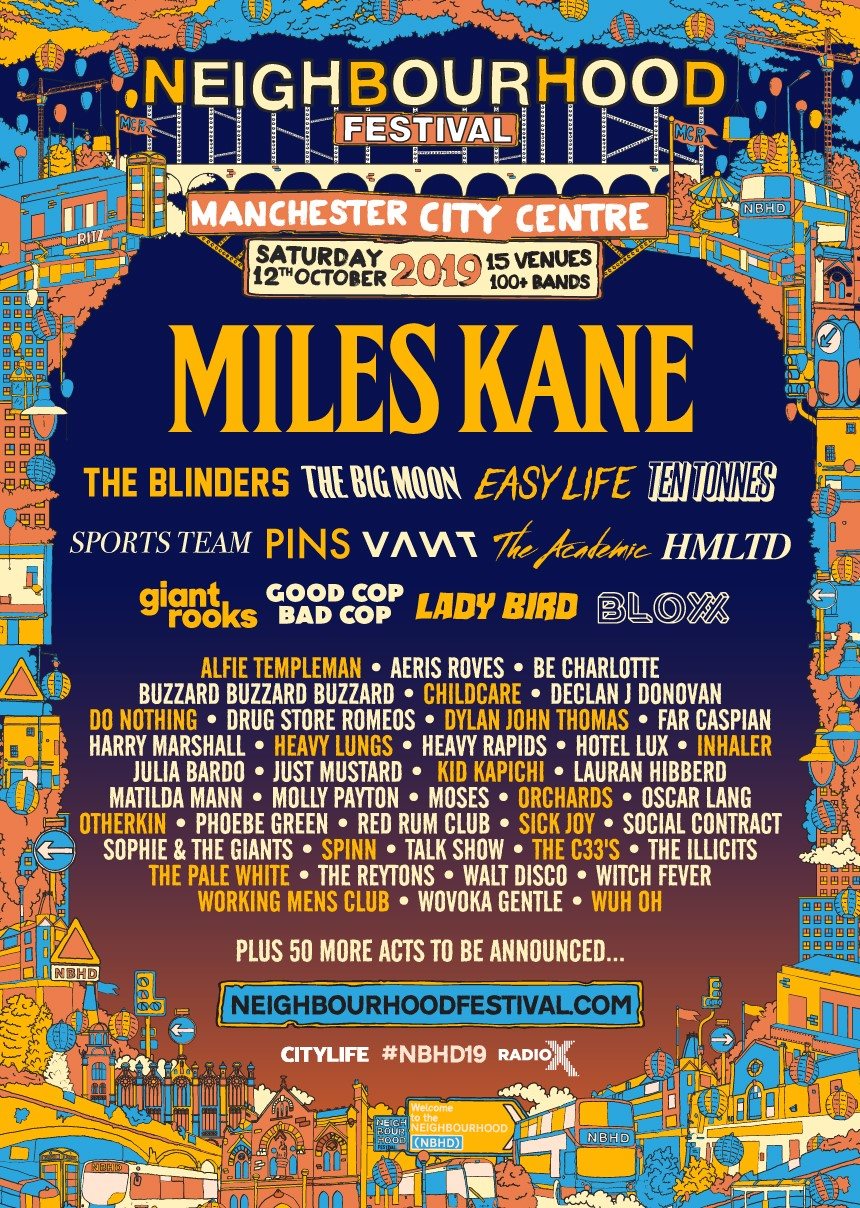