Neighbourhood Weekender has unveiled the lineup for its 2019 festival, taking place in Manchester next May bank holiday.

Topping the bill will be George Ezra and Richard Ashcroft, who will be joined by the likes of Primal Scream, The Vaccines, You Me At Six, Slaves, Nothing But Thieves and The Charlatans.

Saturday night headliner George Ezra has become of the biggest selling male artists of the decade. His debut album Wanted On Voyage spent 122 weeks in the chart, while his latest number one album Staying At Tamara’s is one of the best-selling records of the year so far.

Neighbourhood Weekender brings together an incredible weekend of live music across three stages, from the biggest acts to the best breaking new bands inside Manchester's Victoria Park.

Tickets, accommodation and extras to Neighbourhood Weekender 2019 are now on sale here. 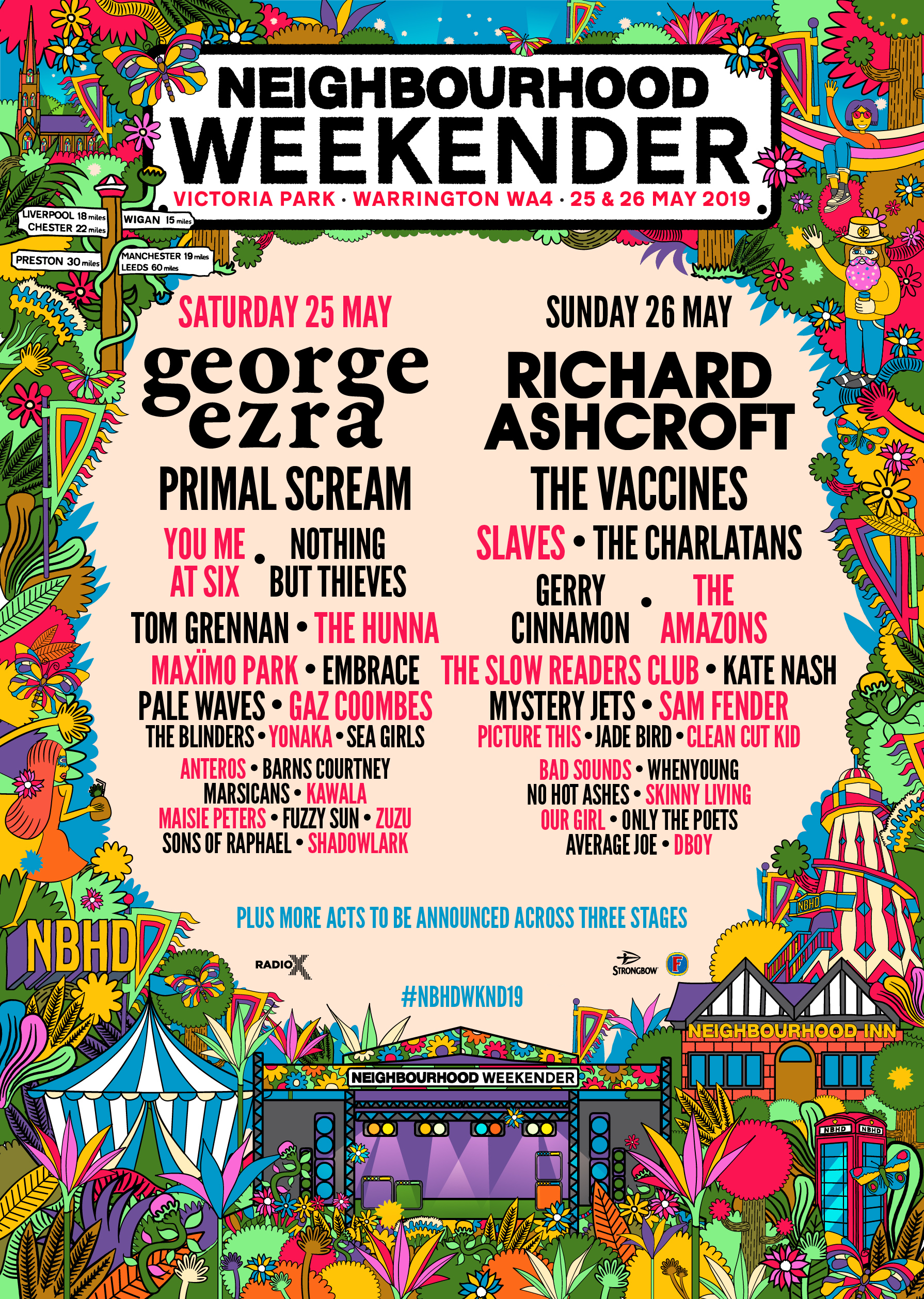 Neighbourhood Weekender will take place on 25-26 may 2019. Find out more on our guide, and book your tickets, accommodation and extras to 2019's festival here.