After months of drip-feeding the performers for the 2019 edition, New Horizons have now revealed their complete lineup.

Having played mainstage Capital Park back in 2017, Dimitri Vegas & Like Mike have been welcomed back to headline once again, with the ever-eccentric Salvatore Ganacci, and Carnage leading the extensive announcement.

The majority of the promised 160 DJ's have now been announced, as well as hosting partnerships with Don Diablo's Hexagon HQ (who will perform twice over the course of the weekend), Blacklist, and Musical Madness.

Check out the full lineup below: 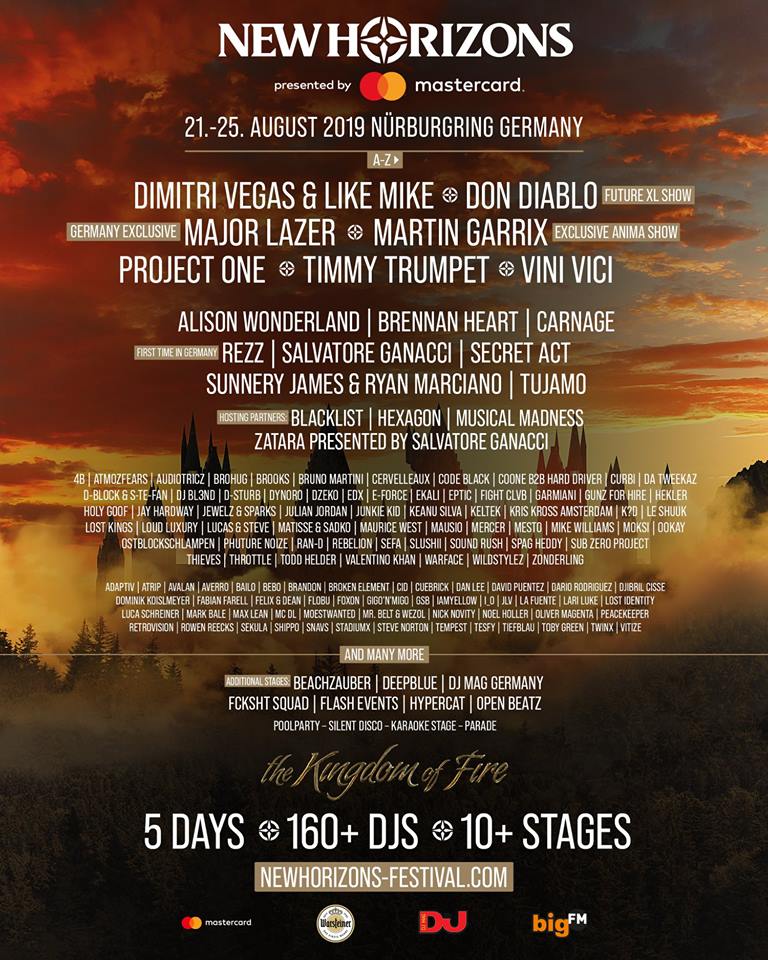