Recent editions has seen Melt! Festival craftily tailor their lineups to mirror the industrial surrounds in which it takes place, assembling artists that generally lie within the electronic music and 'urban' scenes yet always leaving space for a few surprise inclusions; Kylie Minogue headlining back in 2015 raised a few eyebrows, yet kept fans of the festival on their toes, for instance.

After the resounding success of their one-off collaboration at Time Warp DE earlier this year, Nina Kraviz and Helena Hauff head to Melt! in 2020 with another surprise but highly-anticipated B2B set, with Afrobeats titan Burna Boy also the other major name to join the bill.

There's still some way to go until their entire lineup is set in stone, but for now, take a look at their roster thus far: 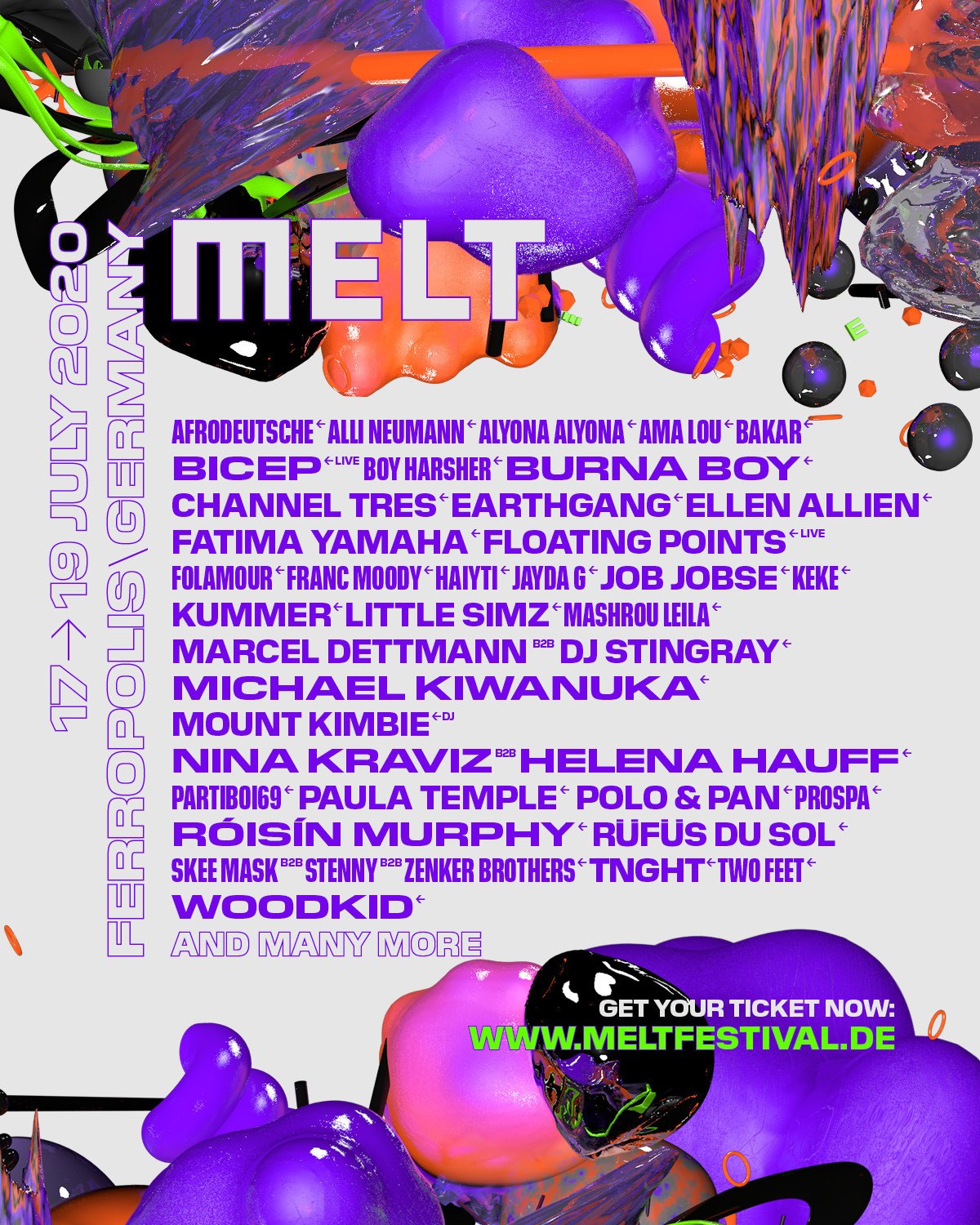