Morocco's electronic music showpiece Oasis Festival have unveiled the third phase of their hugely impressive 2018 lineup, adding a handful of the scene's biggest stars and most exciting names into the fray for this summer.

Bestival don Rob da Bank will also be appearing, following the newly formed partnership between the two festivals that is seeing an Oasis x Bestival soundsystem at the UK festival this summer. See the full lineup so far below. 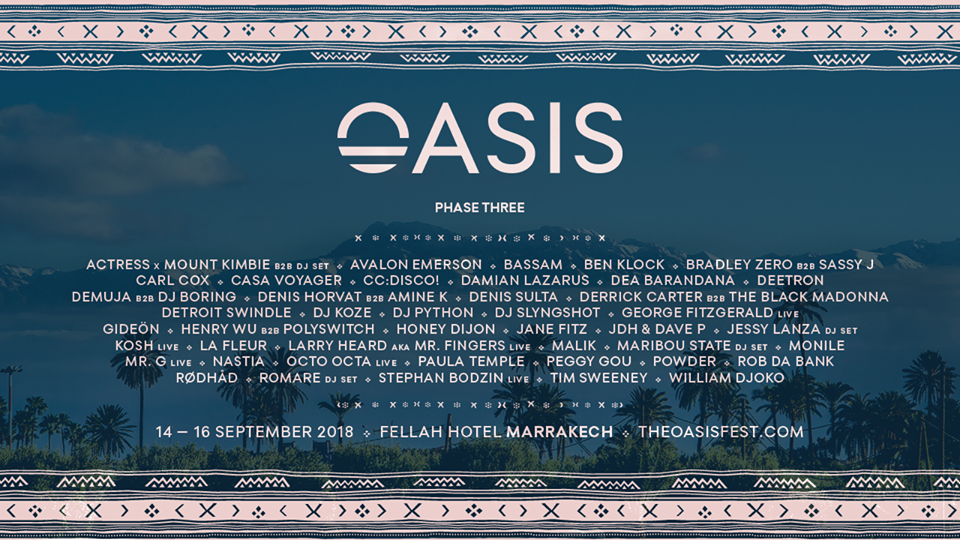