A lot of people have noticed that music festival lineups are getting more and more similar. Though Panorama NYC's lineup does have many of the usual suspects littered throughout its three days, there is at least one intriguing name heading to Randall's Island this July.

Janet Jackson has been tabbed to headline, alongside festival stalwarts The Weeknd and The Killers. Though not her only festival date announced so far (she's also headlining Essence Festival in New Orleans), it is a bit of a relief to see someone outside the norm topping a major festival.

Other notable names playing the festival are Migos, Father John Misty, SZA, The xx, Gucci Mane, Moodyman, and The War On Drugs. 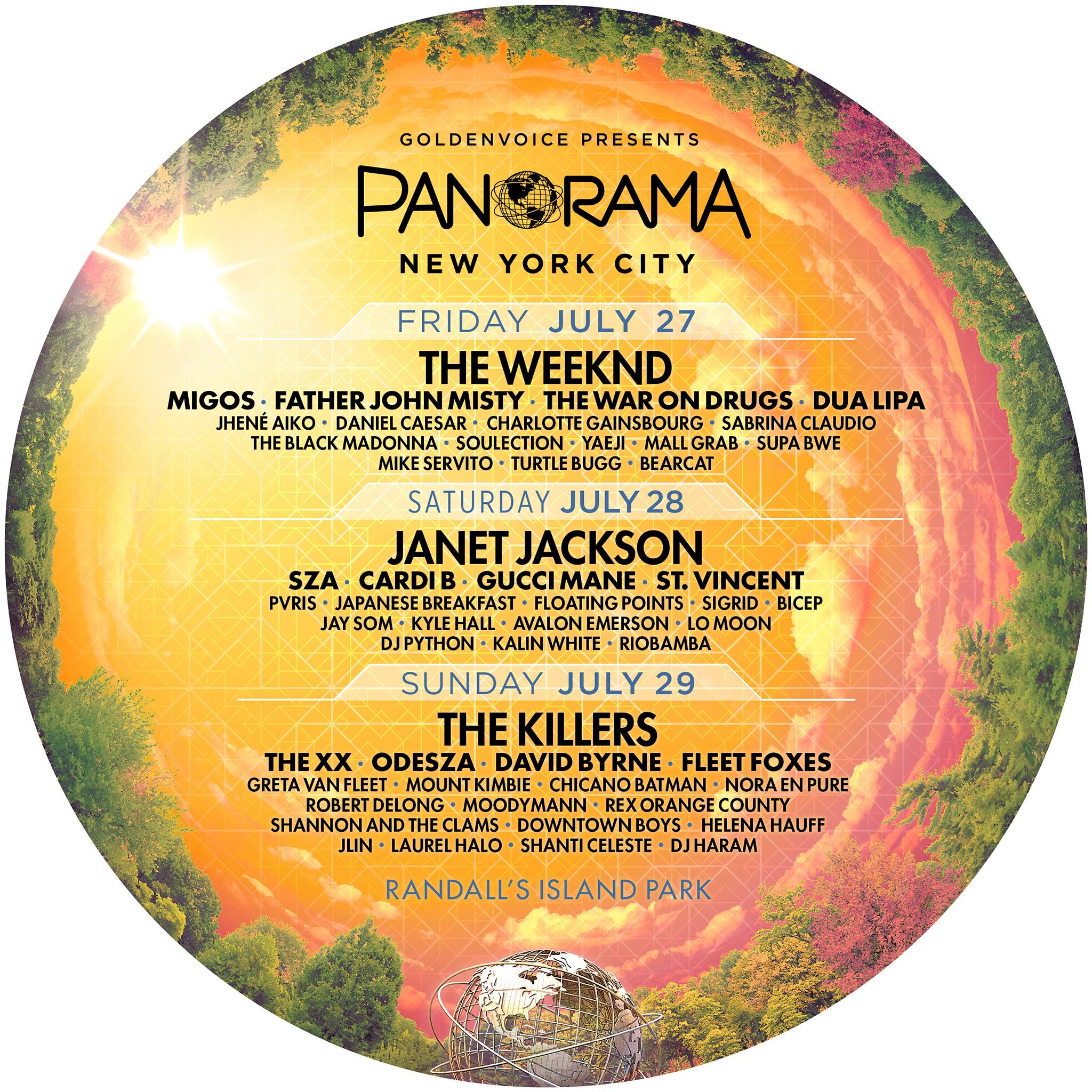 Panorama NYC 2018 takes place 27-29 on Randall's Island. Find more info on our guide and join our Mailing List to be the first to hear news about the upcoming edition, including lineup announcements and key dates…