Punk icon, author, poet, musician and legendary performer Patti Smith has been announced as the first headliner for the forthcoming edition of Azkena Rock Festival.

The organisers of the Spanish festival, which celebrates the diversity and heritage of rock music in its many forms, had previously confirmed a pair of Californian bands for next year's event – punk rockers Social Distortion and stoner rock outfit Fu Manchu. But now, not only have they announced that Patti Smith (and Her Band) will headline, they have also added further names to the lineup.

More Californian punks join proceedings in the form of L7, who reformed in 2014 after a hiatus of over a decade and released their first album in 20 years – Scatter the Rats – in May 2019. They are joined by psychobilly pioneers Reverend Horton Heat, as well as Chicago blues-rockers The Steepwater Band and local metallers The Faithless 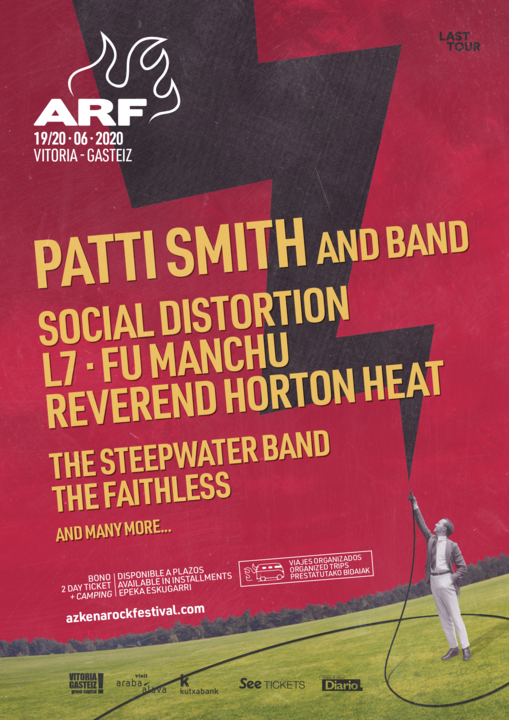