Post Malone has been confirmed as the latest headliner for American Express presents BST Hyde Park 2020.

The US rapper will headline the London series on Thursday 2nd July, with special guests to be announced.

Post Malone has gained worldwide acclaim thanks to his distinction fusion of hip-hop, pop and trap. His debut album Stoney catapulted him into the spotlight in 2016 and he spent a whopping 77 weeks in the top 10 of US Billboard charts.

Following the instant success, Malone released ‘Rockstar’ with 21 Savage and ‘Psycho’ with Ty Dolla $ign. The two singles amassed over two billion combined streams and went 13-times platinum. ‘Rockstar’ became one of the year’s biggest songs on both sides of the Atlantic, and held the top spot in the Billboard Hot 100 for eight weeks and No.1 in the UK charts for 4 weeks.

To date, Malone has been nominated for six Grammys, and this year had his first BRIT award nomination for International Male Solo Artist. He has collaborated with some of the biggest names in music - from working with Kayne West on his The Life Of Pablo album to opening for Justin Bieber on his Purpose World Tour.

His performance at this summer's BST Hyde Park will be his biggest UK festival show since he headlined Reading and Leeds Festivals in 2019, and will see him bring hits such as 'Circles' and 'Goodbyes" from his latest album, as well as earlier material in what is likely to be one of the most talked about sets this summer.

Tickets to Post Malone at BST Hyde Park 2020, as well as other shows including Little Mix, Kendrick Lamar and Taylor Swift, are on sale here. 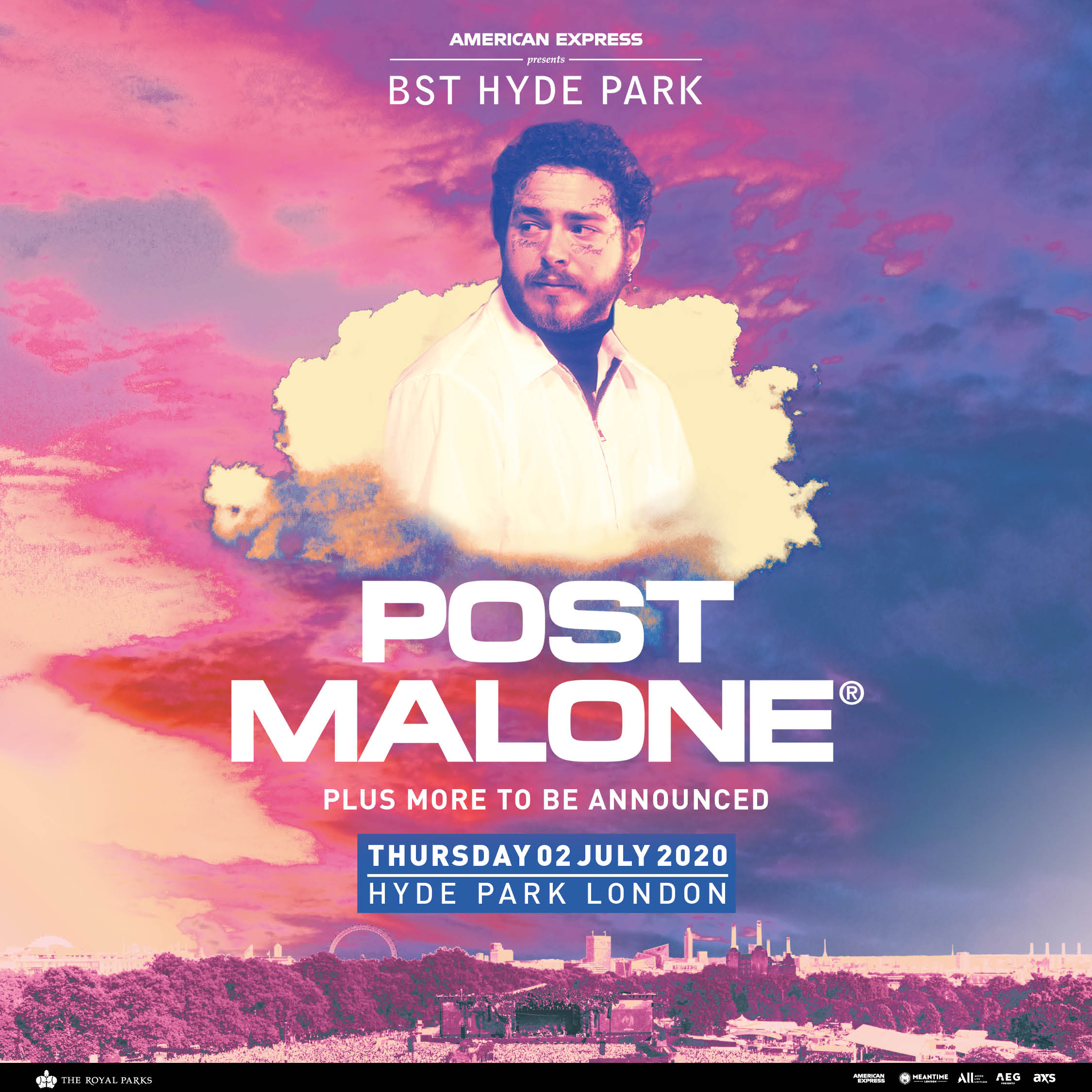