Though Rock For People has an illustrious history, entertaining true rock royalty like Arctic Monkeys, Queens Of The Stone Age, Paramore, and even Muse during it's quarter-of-a-century lifespan, 2020's edition is sure to cement the festival's position as the country's foremost rock music festival.

Previously announced to headline were both Green Day and Fall Out Boy, stopping off at Hradec Králové's Festivalpark inbetween their gigantic Hella Mega Tour with Weezer (who, funnily enough, will also appear at Rock For People).

The cherry-on-top, however, is the announcement of final headliner, The 1975; Matt Healy and co are already considered as one of the UK's best mainstream musical exports in recent years, and welcome both critical and commercial acclaim in equal measure.

It's shaping up to be an exciting prospect of punk, rock, and pop, with plenty more names to be revealed. 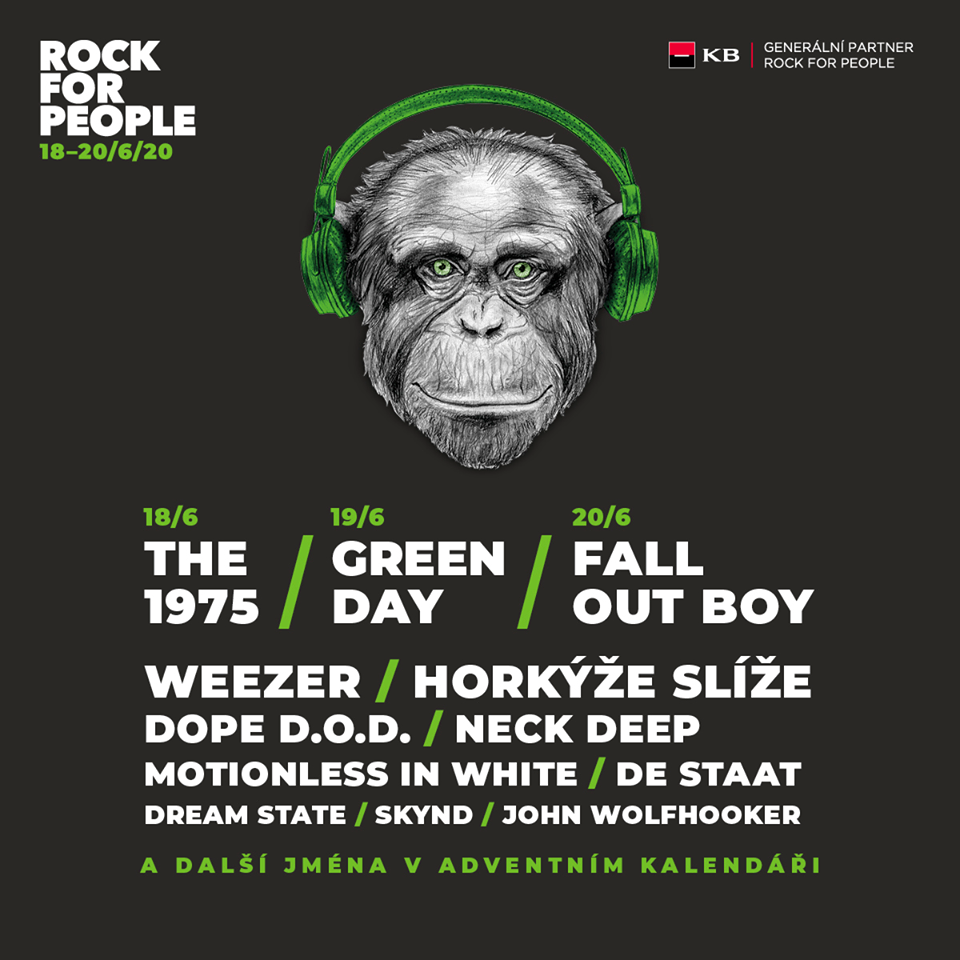