Snowbombing 2020: Liam Gallagher, The Streets And Foals To Headline

Living up to the accolade for "greatest show on snow", Snowbombing have revealed their first names for next year's alpine party, with Liam Gallagher, The Streets, and Foals revealed as the headliners for the festival's 21st edition.

It's a huge year for all three acts - Gallagher is riding high after the release of sophomore album Why Me? Why Not., there's murmurings of Mike Skinner recording new material, and Foals look to solidify their standing as one of the UK's greatest live bands of the modern era when Everything Not Saved Will Be Lost – Part 2 is hits the airwaves later this year. And they've all announced Snowbombing at their first festival dates of 2020.

The Austrian slopes will also welcome Chase & Status, Rudimental, Maribou State, Wilkinson, Claptone, and Gorgon City on to the roster of DJ sets, promising eclectic sounds that span drum and bass, house, and a helping of rock for this year's edition.

There's a strong comedic presence too, with Kurupt FM and Big Narstie dropping in to Mayrhofen's famous pistes, and a full bill of comedy for the first time in the festival's history with stand-up performances from Tez Illyaz, Terry Alderton, and Markus Birdman.

Check out the full announcement below: 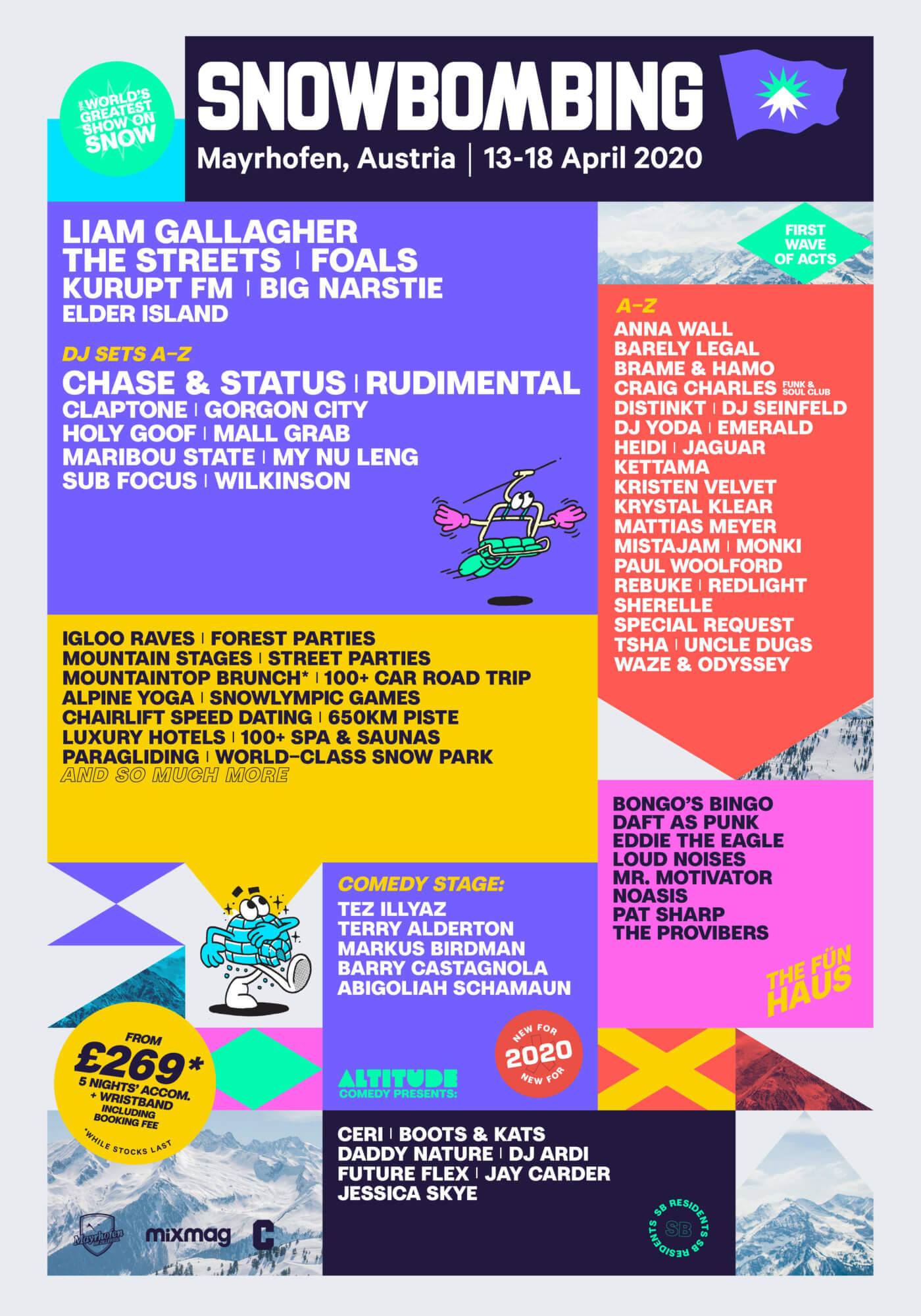