South West Four has announced the first wave of artists for 2019's festival, including The Prodigy, Martin Garrix, Tinie Tempah and Andy C.

Following an incredible 15th anniversary in 2018, the festival will be returning to London's Clapham Common on 24th and 25th August 2019.

Tickets and accommodation to the festival are now available. 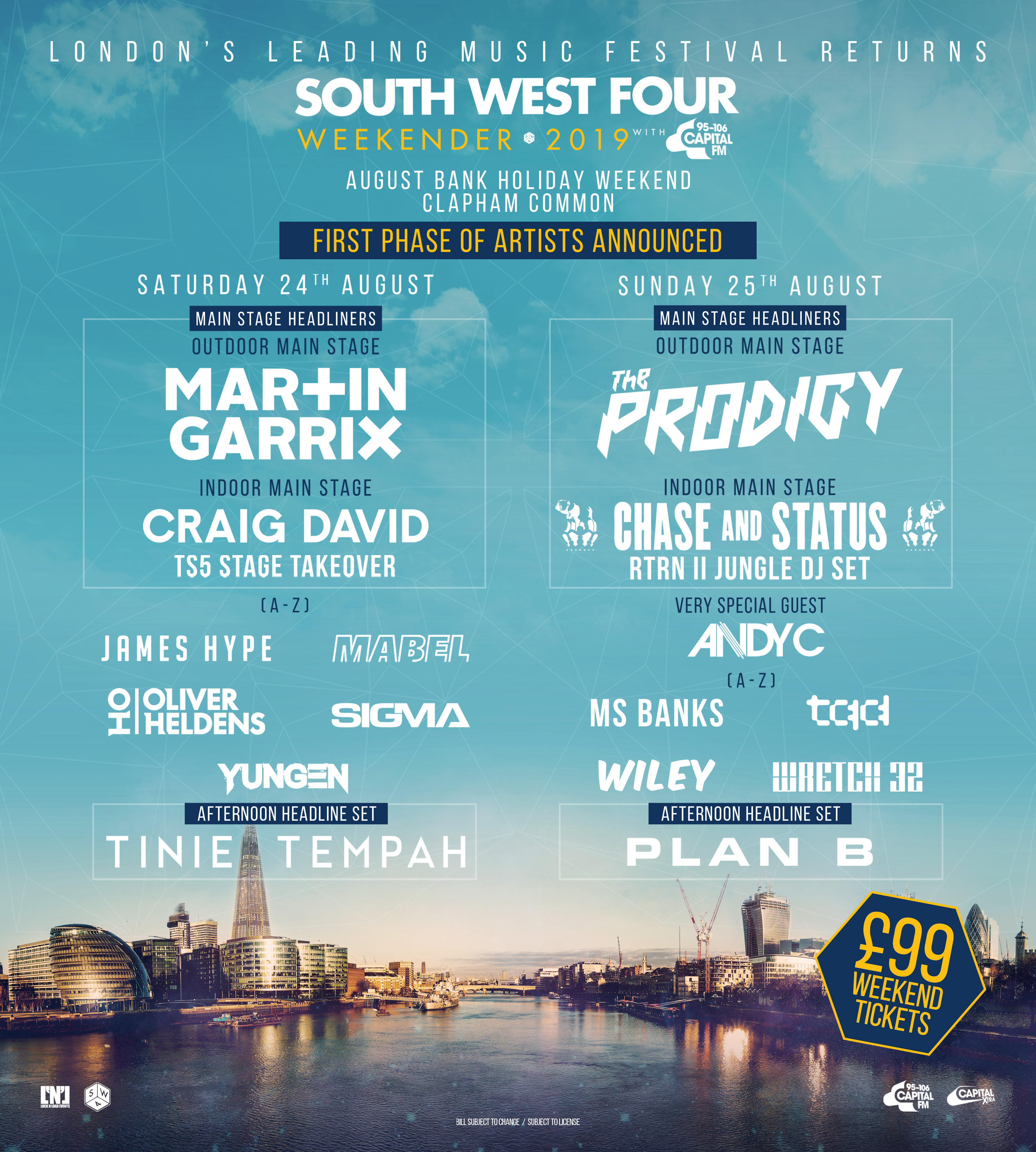