South West Four has announced the first wave of artists for its 2020 edition, set to take place on Clapham Common this August bank holiday weekend.

Confirmed to be heading to south London is Major Lazer, The Streets, Kano and Krept & Konan, who will top a bill that also includes Rudimental, Andy C, TS5, Kelis and Stefflon Don.

South West Four have also revealed that Capital will once again be partnering with the festival, helping to curate the Outdoor Main Stage, as well as presenting the Capital Weekender and Capital XTRA stages across the festival weekend.

Tickets to South West Four 2020 will be going on sale at 9am on Friday 24th January. Subscribe here for first access to Friday's ticket sale. 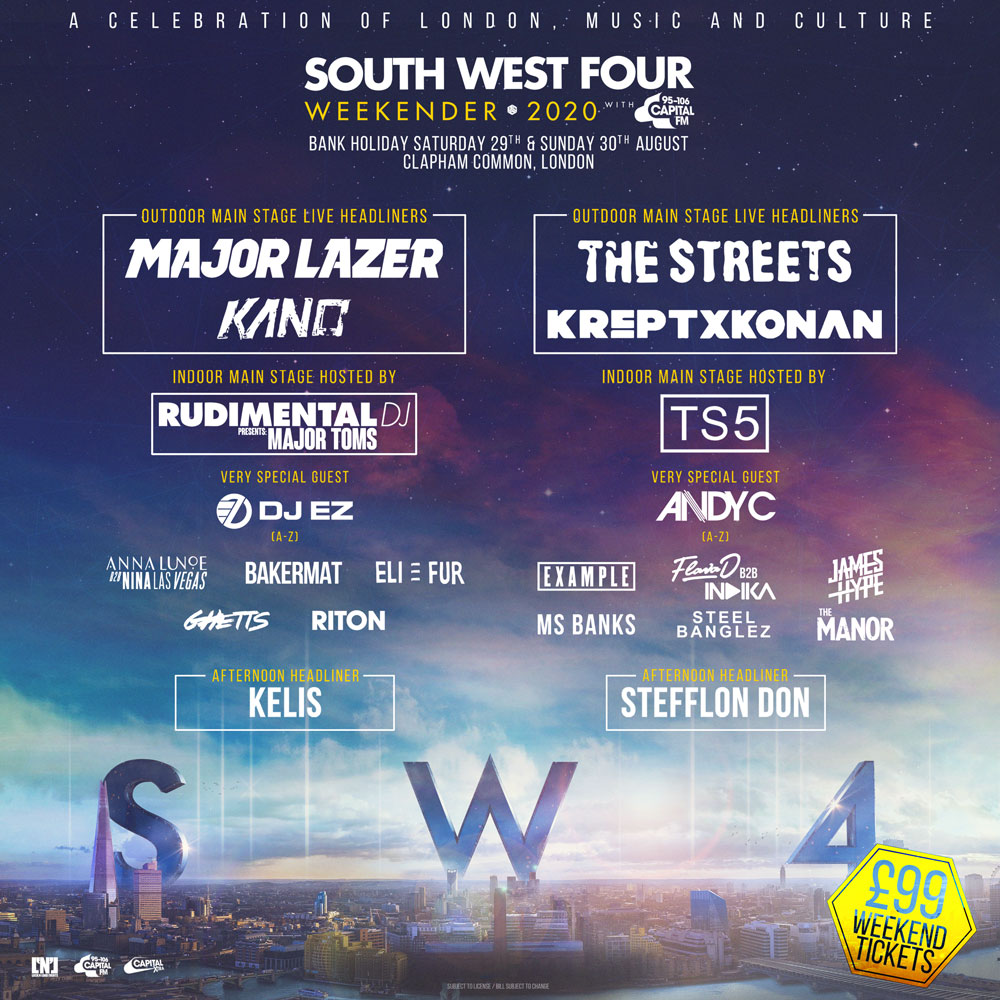