The 1975 Confirmed for Glasgow Summer Sessions 2019

The 1975 have been confirmed as the latest headliner for Glasgow Summer Sessions, headlining the event on Sunday 25 August.

They will top a bill that also includes Twin Atlantic, You Me At Six, Pale Waves, Ten Tonnes and No Rome inside the city's Bellahouston Park.

Having announced release dates for two (yes two) upcoming studio albums, due out this Friday and next May respectively, it's little wonder The 1975 are set to embark on a year of live shows across Europe in 2019, with their headline sets at Reading & Leeds and Glasgow Summer Sessions already marked out as key highlights.

Tickets for their show at Glasgow Summer Sessions are now on sale. 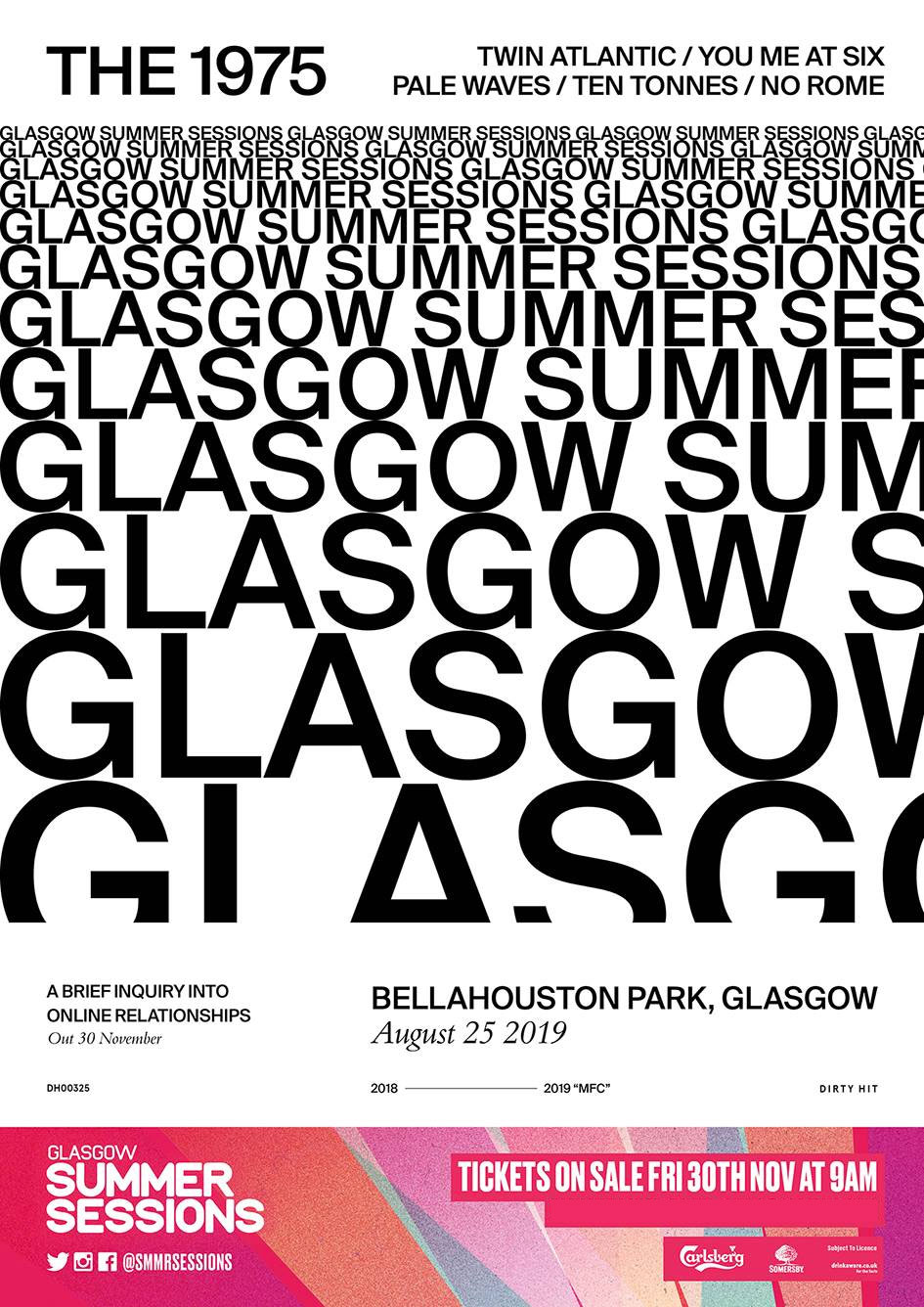