Having already 'leaked' a few names for their 2018 edition over the last day or so, the folks at Canadian giant Osheaga Music & Arts Festival have now officially unveiled the (frankly massive) lineup for this summer.

Travis Scott, Arctic Monkeys and Florence + The Machine take on the honour of headlining in Montreal, the latter two both making their returns to the top of festival bills this summer having taken a little time away.

They are joined by the likes of The National, ODESZA, Yeah Yeah Yeahs, Khalid, James Blake, Post Malone and Tyler, The Creator (among others) in taking top billing. 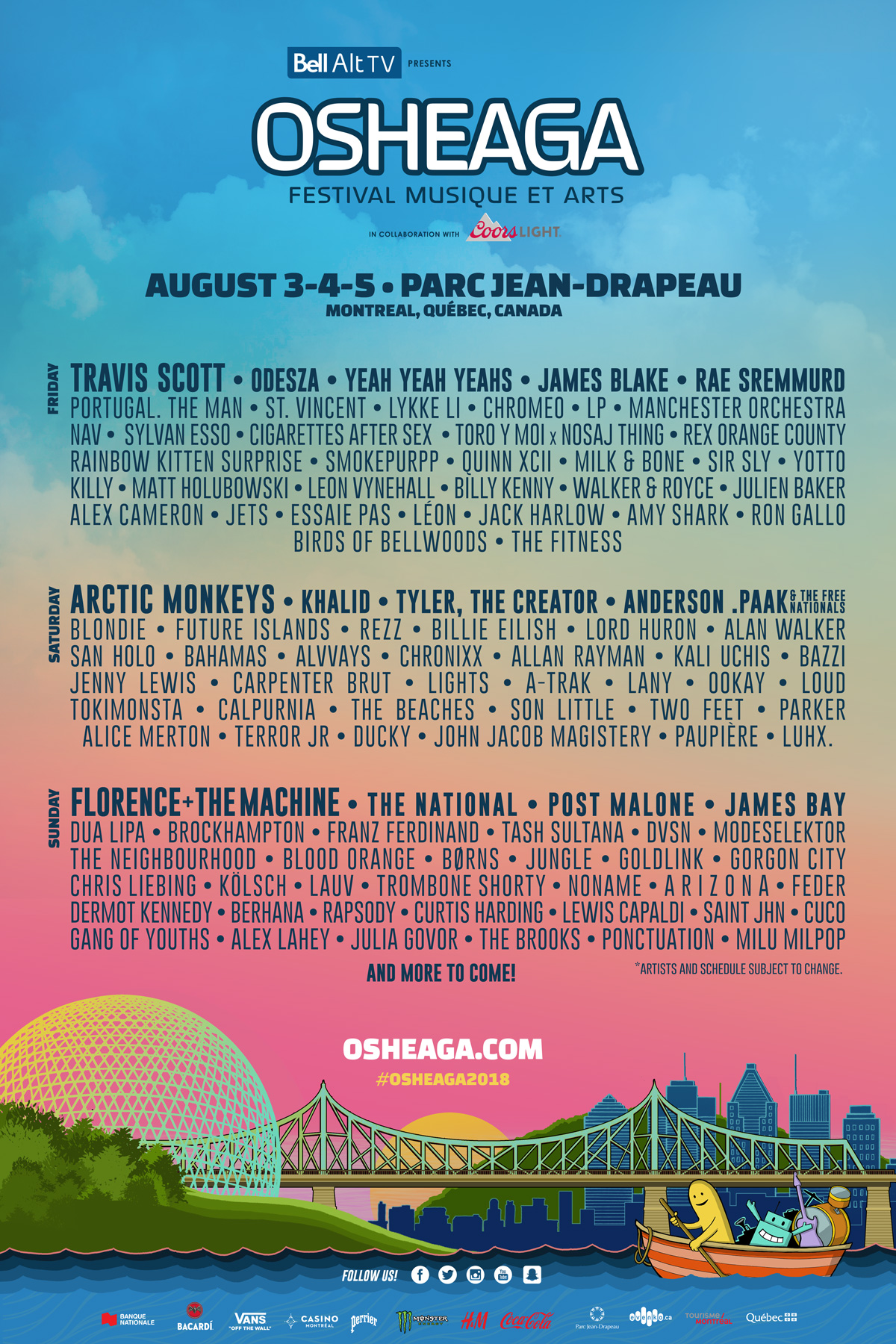