Online music magazine Where the Music Meets are to host a two-week online festival – #AtYourHome meets Avenida – to help support the Avenida Café-Concerto venue in the Portuguese city of Aveiro.

The livestream event will run from 8th to 21st June, culminating in a physical concert on the 21st June with Baleia Baleia Baleia and Sopa D'Urso at the Avenida Café-Concerto for about 100 people. This show will also be live streamed.

Hoping to help enable the Avenida Café-Concerto to reopen during these difficult times, #AtYourHome meets Avenida will feature 30 artists from seven different countries, with those from Portugal forming its core.

Some of the names confirmed to be performing are Caio, Evaya, Inês Pimenta, Maria Bradshaw and The Lazy Faithful, as well as Brazilian names like Labaq, Čao Laru and WEM, and other international artists such as Canadians Lara K and Americans The Fey.

There will be a selection of two or three artists performing each day from their homes, at 9pm, 10pm and 11pm WEST, broadcast live on Festicket Live.

All online concerts will offer a 'Pay What You Feel' donation link, with all the funds raised daily being used to help reopen the Avenida, as well as support the artists who perform. Some donations will also unlock rewards to be redeemed at the Avenida.

You can find out more about #AtYourHome meets Avenida, including its full lineup as well as subscribing to keep up to date with all performances, via our guide here. 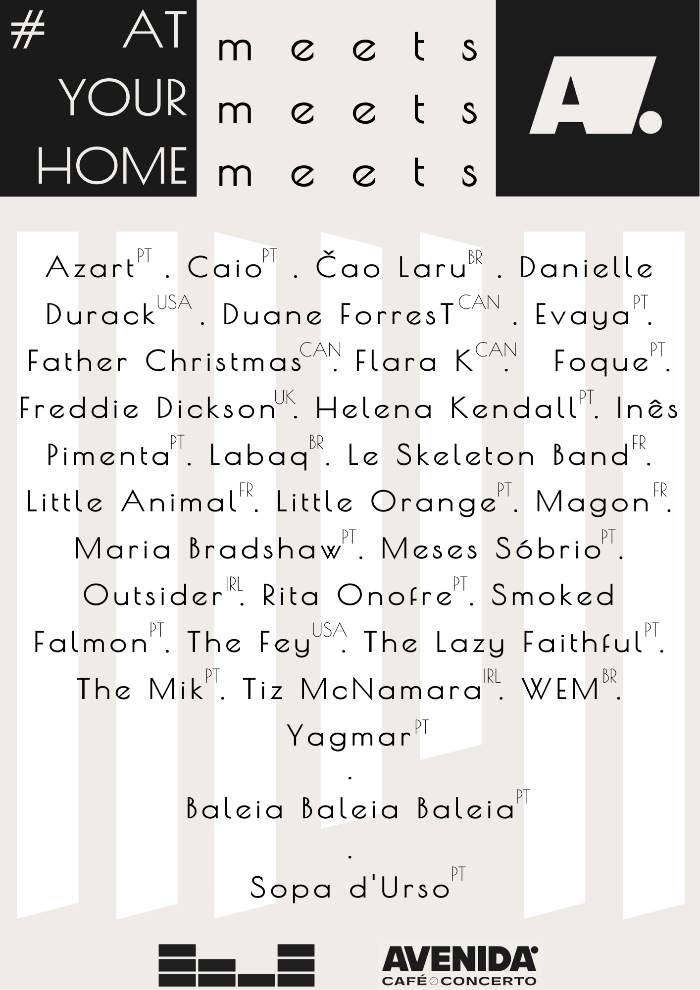