The Wilderness Main Stage, supported by BBC Music, is known for curating an eclectic mix of some of the world's finest musical talents. This summer it'll be graced by none other than disco legends Chic & Nile Rodgers, UK indie sensations Bastille and the experimental, unique touch of producer Jon Hopkins.

But away from the main music, Wilderness comes into its own. The Atrium, supported by Time Out, is the home of high arts, showcasing world class music, dance and performance from the likes of Sadler’s Wells and Ronnie Scott’s, while foodies will be in their element as some of the biggest names in the culinary industry flock to Oxfordshire, such as Yotam Ottolenghi and Angela Hartnett.

Wilderness will also continue to push the boundaries at their talks venue The Forum, with a focus this year on inspiring ideas. Discussions will be held by some of the finest minds leading the conversation, such as The Economist, The RSA, Refinery29 and London Review of Books and Sunday Papers Live.

And on top of all that, festival-goers will be able to get involved in all manner of wonderful workshops, and learn countless new skills, including self-defence with Refinery 29, stone-carving and crayfish trapping, or simply following your nose and discovering one of the hidden camps and secret bars.

View the full lineup announced today on our guide. 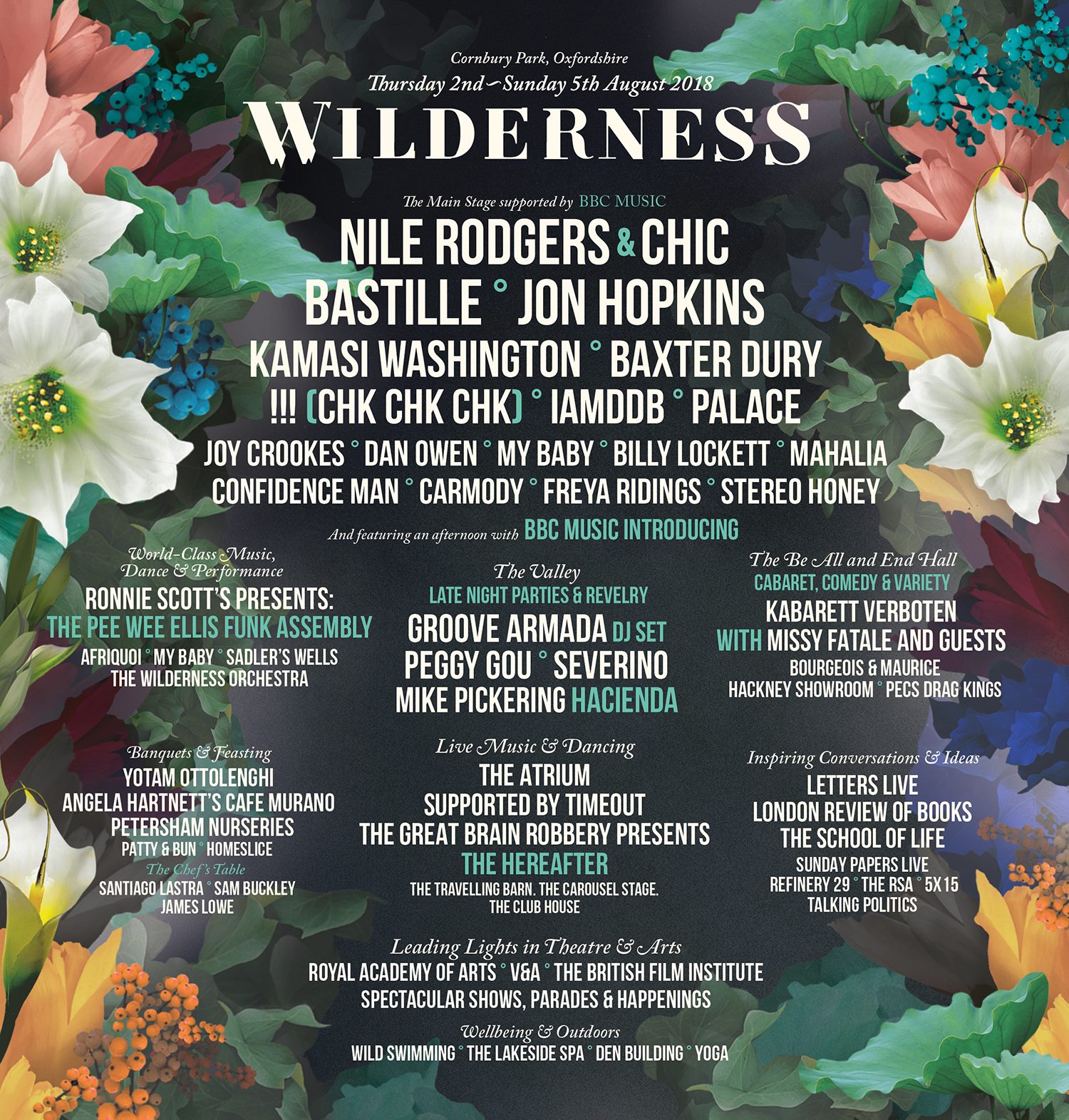 Wilderness Festival will take place on 2-5 August 2018. Find out more on our guide, and book your trip to this summer's festival here.