November 2018 marked a quarter of a century since the release of the group's iconic debut album Enter the Wu-Tan (36 Chambers), and their performance in Cornwall forms part of their ongoing commemoration of one of hip hop's most important and enduring records.

Also announced for the Friday night are Liverpool indie-rockers The Wombats, who will headline the Land Of Saints stage. See below for the full lineup so far, and head to our guide for more information about the festival. 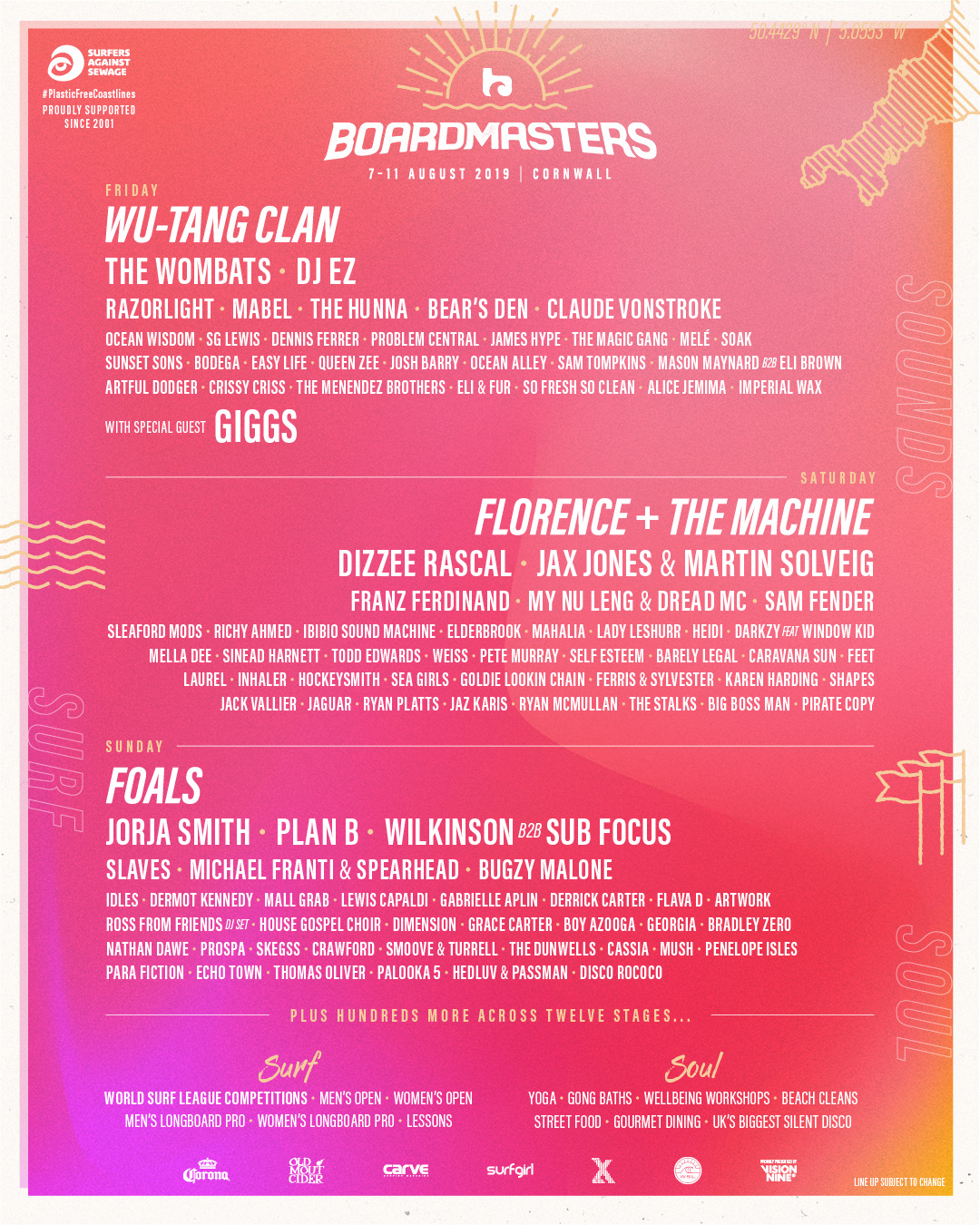