Top 10 Fall Festivals in the USA

This will only hurt for a second: summer's over. OK I said it. Now we can move on. Kids are back in school and those days hanging out at the pool or the beach are numbered if not already gone.

Thankfully it's not all doom and gloom as there are still plenty of amazing music festivals left before winter comes and moves the scene to warmer climates. The circle of life is beautiful, isn't it?

To make sure you don't lose hope as the days get shorter and your clothes get thicker, here are our picks for the Top 10 Fall Festivals in the USA.

Not only is Huck Finn Jubilee one of the oldest and most established bluegrass festivals in the country, it's one of the oldest and most established music festivals of any kind in the country. With a history that dates back to the early 1970s, the festival has built up a strong following by sticking to its roots, curating strong lineups of genre leaders, and having an inclusive, family-friendly atmosphere.

Just as Coachella is the unofficial opening of the festival season, Austin City Limits is the unofficial closing. Also like Coachella the festival takes place two weekends in a row. However, unlike Coachella, ACL hasn't been taken over by Instagram celebrities and their followers. Annually putting together a lineup that will rival any festival's on the planet, this festival is a respected institution and should be on all music lovers' bucket lists.

A unique entry on this list, Dirtybird Campout is for those who're looking for something a little more than your average music festival. Of course music is at the heart of the three day event with a solid and diverse lineup, but games and activities are also integral to the Dirtybird experience, offering everything from arts & crafts to dodgeball, archery, canoeing and all sorts of fun tournaments.

When & Where: October 4-6, Waterford, California

Quickly growing into a global brand, AFROPUNK now puts on five festivals a year across three continents. Focussing on and celebrating the black experience and giving black artists a platform, the festival has four areas of interest: music, fashion, activism, and art. AFROPUNK has a DIY communal spirit like few other festivals in the world with the goal of bringing about real social change.

A brand new addition to the US festival scene, Day N Vegas is brought to you by the people behind the now defunct Day N Night Festival. With a lineup firmly focused on hip hop's new golden age, the festival is clearly out to make a splash with its inaugural edition, curating a eye-popping lineup that includes pretty much everyone you could think of. 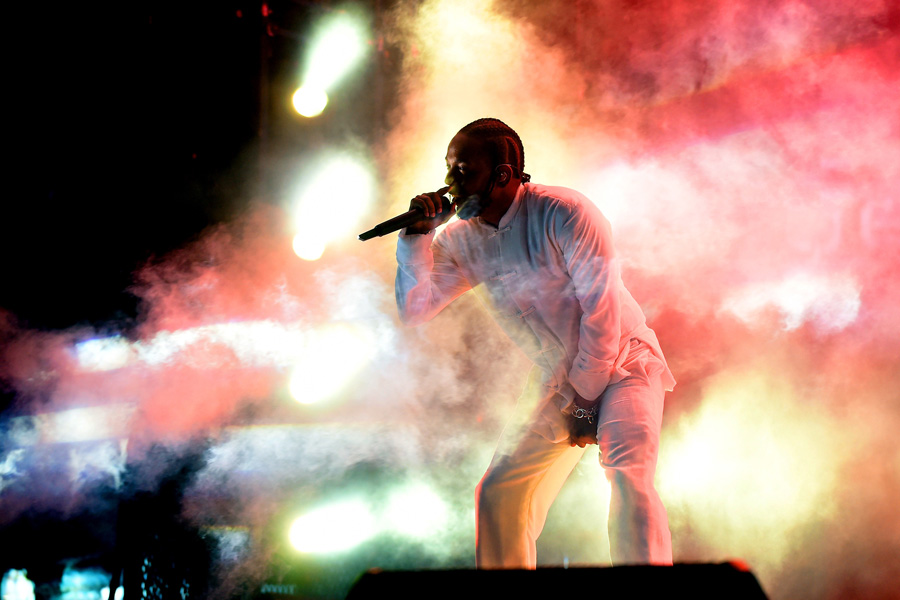 Similar to South By South West but on a smaller scale, Levitation takes places throughout the bars, clubs, and music venues of downtown Austin, Texas. With a focus on alternative and psychedelic artists, the festival is a more cohesive experience than SXSW while still maintaining that city-transformed-into-a-festival vibe.

Another brand new festival, with the addition of Miami Beach Pop, the city now has a trifecta of complimentary major festivals. Ultra takes care of your dance music needs, Rolling Loud brings the lyricism with its hip hop focus, and now Miami Beach Pop rounds things out with a massive multi-genre lineup set right on the sands of South Beach.

Founded by Tyler, The Creator in 2012, Camp Flog Gnaw Carnival has grown from cult favorite to major player on the Cali music calendar, as is showcased by the festival's upgrade into the incomparable Dodger Stadium this year. Created by an artist, this is your favorite artist's favorite festival to play.

When & Where: November 9-10, Los Angeles, California

The illustrious techno brand is returning to The States for the first time since 2015 as part of their 25th anniversary celebrations. Making it onto the Time Warp stage is a career defining moment for any DJ, so you can expect the expertly crafted lineup of DJs and live acts to bring their A-game.

The third and final brand new festival to make the list, San Diego's Wonderfront promises to utilise the city's scenic downtown waterfront to create something unique on the festival circuit with yacht parties, water taxis, art installations, a craft beer village and food from local favorites. Musically, the festival is pulling from the city's diverse influences, with electronic, alternative, hip-hop and latin artists coming together on this eclectic bill.