Regarding the latter, you're likely aware that it's not the first time Dave Grohl has entertained the Reading faithful. 2019's headline appearance will make it eleven appearances in total for the widely acclaimed 'nicest man in rock music'; seven as frontman of Foo's, twice as Nirvana's drummer (who also headlined in '92), once donning the sticks for Queens of the Stone Age in 2002's secret set, and again for rock music's holy trinity in Them Crooked Vultures come 2009.

You simply can't deny his credentials, and it's doubtful he'd even give a s**t if you didn't considering he's preoccupied with 'Rick-Rolling' unsuspecting Londoners in the run up to topping Reading's bill.

Despite the rhapsodised performances with Kurt Cobain and without, its 2000's late-afternoon set that feels particularly poignant in the upward trajectory of the Foo's and their fervent fandom. "I've been to this festival f**king five times. I feel old" exclaims Grohl after the finishing notes of 'Learn To Fly' ring out, but his love-affair with Reading was as virile as ever. Given his budding beard-growth, the considerably fresh-faced Grohl was still enamoured by his imposing mistress.

Even in his first outing as Foo's frontman in 1995, the Reading masses have graciously accepted Grohl as one of their own, but after breakthrough albums The Colour and The Shape, and There Is Nothing Left To Lose, there was a general consensus that he'd reach the festival's pinnacle with Foo's as Nirvana similarly achieved. It made this particular performance exclusive in a sense; after a revolving-door policy with band members for half a decade their defining lineup was set in stone, along with a palpable chemistry and evident driving energy that had not yet materialised until this point.

It signalled their first era in their pantheon of bonafide stadium anthems, much of which still comprise their current setlists, thankfully. Of course, as Grohl's sideburns grew, so did their stock, almost immediately returning to headline the main stage in 2002. The enduring calibre of 'Everlong' still continues, closing their 2000 set, likely to bookend their 2019 set too.

"If anything could ever be this good again"? With Foo Fighters, it's safe bet, tradition even, that it will be. 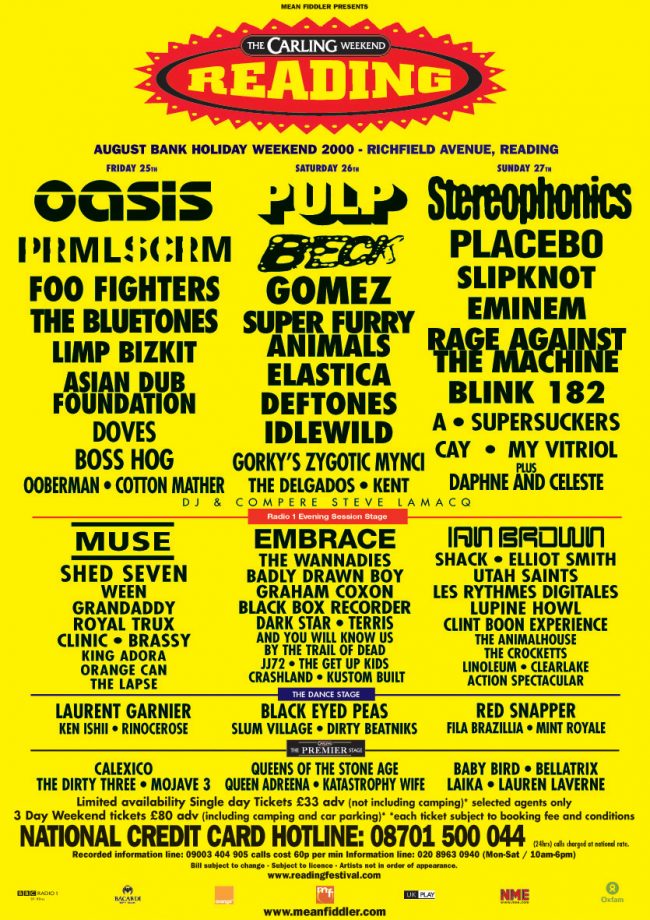