Look ever-so-slightly past the headliners for both Coachella and Primavera Sound this year, and you'll notice Mac DeMarco's name nestled within the major acts. Not a surprise by any means; for the past few years now Mac has become a mainstay on the festival circuit, largely due to his honest brand of melancholy-tinged slacker-rock anthems but equally his undoubtedly charming onstage antics.

But before he became a deity amongst his legion of slackers, typically decked out in plaid shirts, scruffy Vans, and bargain-bin baseball caps, Mac made a name for himself with a string of unpredictably engaging live performances.

Needless to say that Pitchfork swiftly picked up on the buzz, and invited him to play their Chicago-based romp Pitchfork Music Festival. Arguably Mac's most daunting prospect to date - faced with playing to an expectant, presumably sober Pitchfork-doting crowd whilst being filmed - he won them over swiftly with a heartwarming performance. Incorporating a bizarre but-now trademark medley of The Beatles' 'Blackbird', Limp Bizkit's 'Break Stuff', and Metallica's 'Enter Sandman', Mac paid tribute to his cigarette brand of choice ('Ode To Viceroy'), as well as his mysterious but well-talked-about girlfriend of the time, Kiki.

Inviting her to join him for a giggle-laden version of 'Still Together', Mac serenaded Kiki before hoisting her on to his shoulders for the last wail of the chorus. The perfect joyous tonic to kick off a riotous weekend.

Of course, Mac kind of made a rod for his own back in regards to every performance requiring an impromptu 'happening' of sorts. With that cheeky gap-toothed grin, however, it's safe to say he thrives on it. 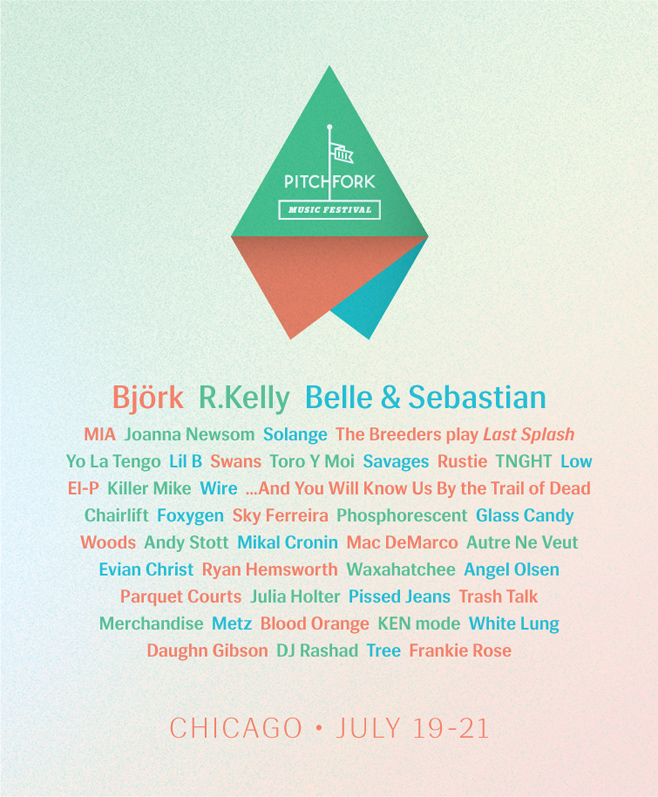