Announcing their 2019 lineup last week, Bonnaroo will see not one, not two, but three sets from improv-aholics Phish, with Childish Gambino and Post Malone also headlining. It's safe to say that the Manchester, Tennessee faithful are fond of a prolonged jam-sesh (ergo three Phish sets), and Neil Young, when paired with Crazy Horse, is well-versed in this tradition.

When Bonnaroo was still in its infancy, they managed to secure Neil Young & Crazy Horse for their second edition, which was quite the coup - organiser Jonathan Mayers stated recently that it was one of his favourite shows in the festival's 17-year lifespan.

Touring in support of their rock-opera Greendale, however, there was an air of trepidation about the headline performance in the build-up; setlists up until Bonnaroo had consisted largely of songs from the rock-opera that was still months away from release. Half-baffled, half-miffed, the Manchester crowd tentatively watched with one eye open.

He could be forgiven for taking the cantankerous path, belligerently playing new music to expectant festival-goers that they weren't particularly overawed to hear. It's Neil Young, after all.

Instead, Young and Crazy Horse blazed through a 12-song set of stone-cold classics, opening with a 20-minute rendition of 'Love to Burn', followed on by 'Cortez The Killer', 'Hey Hey, My My', and 'Cinnamon Girl'. Book-ended with encore 'Down By The River', they set the bar unfathomably high. At least Phish get three chances to top this performance, aye. 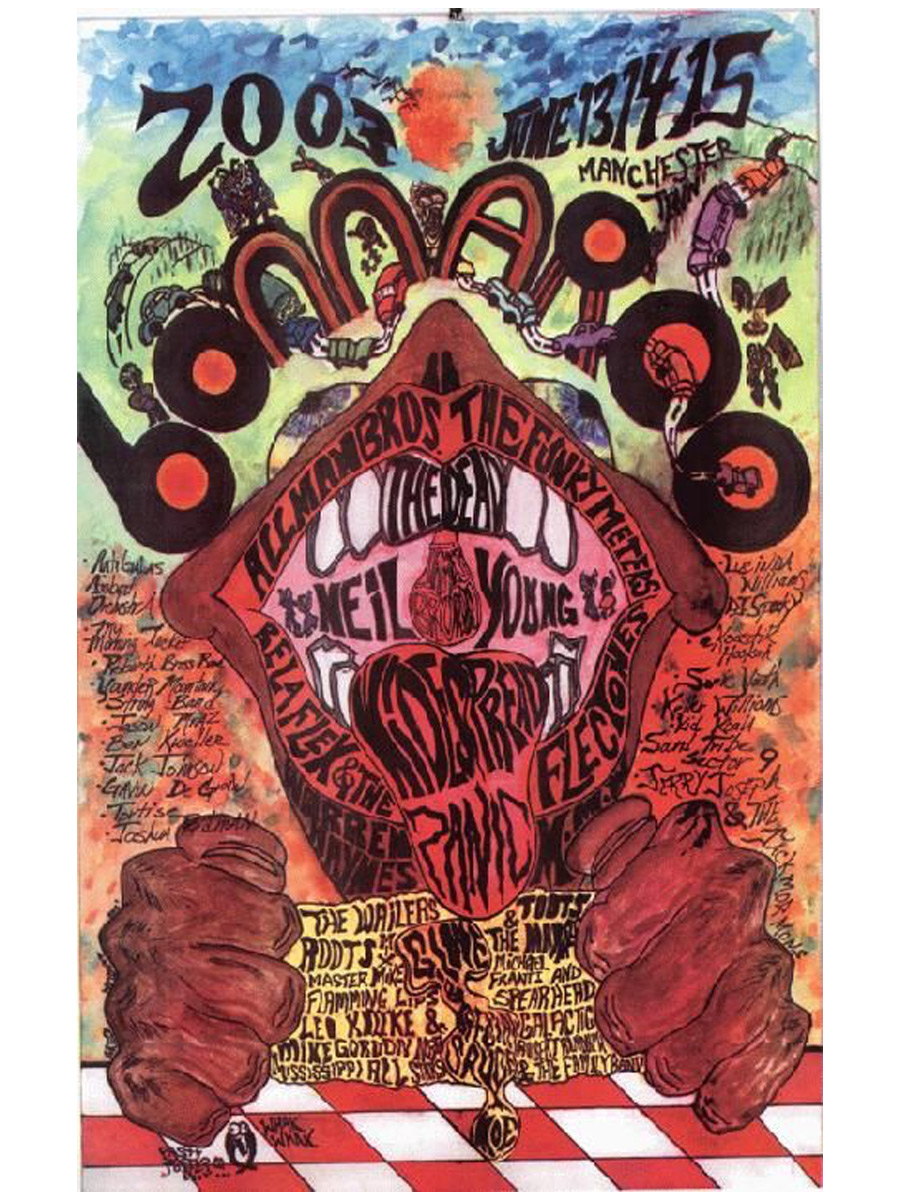