How to Make a Festival look Incredible: The Transmission Story

Transmission – Prague's trance mega-party – has been immersing ravers with its spectacular visuals and stage production for years. Curious to know the work that goes into producing such results, we asked Anco van der Kolk, their Head of Production, to tell us the behind-the-scenes story of putting Transmission together.

The opportunity to make thousands of people happy and give them a truly memorable experience is what drives me on. The overall Transmission experience is the most important thing, but the visual side is a big part of it. This is why we spend months brainstorming and planning every show, and as soon as one show is finalised, our full focus goes straight to the next one. When we get it right, it for sure gives an overwhelming result, especially when you experience it live in the arena.

It's basically an ever running process that never ends. After each show, we sit down with the Light and Video Jockeys to evaluate what we did and select the best parts to try and improve the next one. For every event we aim to tell a story, so our first brainstorming session involves coming up with an original idea, which we try to set in stone by around March/April time.

For example, for a recent event we chose the theme of Seven Deadly Sins, and decided to assign one to each of the seven DJs. Next it was all about filling our idea with content, and after heavy consultation, we settled on going for more video content rather than the heavy 3D emphasis of our Machine of Transformation night the year before.

"it's an overwhelming result, especially when you experience it live in the arena"

Once we had wrapped that up, we headed into the studio to shoot each video and produce their soundtracks. A special mention here should go out to Markus Schulz, who has been producing the theme song for the night for the last few years.

While all this is going on, we also have to think about how the idea will be translated into the stage design. The visual side of Transmission is all about human activities, so a lot of imagination and technical skills go into each edition.

Like I said, the visuals are an incredibly important part of Transmission, and is something we have to get right, every time. Luckily we've got an amazing crew and set of equipment behind us, giving us massive scope to play with. When we put that Seven Sins show together, we were able to call upon 16 lasers, over 200 lights, including 40 Mac Vipers and 48 Clay Paky Sharpies, and over 200 LED screens.

Working with that amount of kit requires a lot of creativity and attention, and setting it all up involves over 100 people. We begin on the Wednesday, and don't stop going until a few hours before the start on Saturday. Fortunately though, most of our work is done prior to the show, with a lot of it pre-programmed and running on time code. Then we have to be on hand to make sure it all runs smoothly; and as soon as everyone leaves, we begin the de-rig. 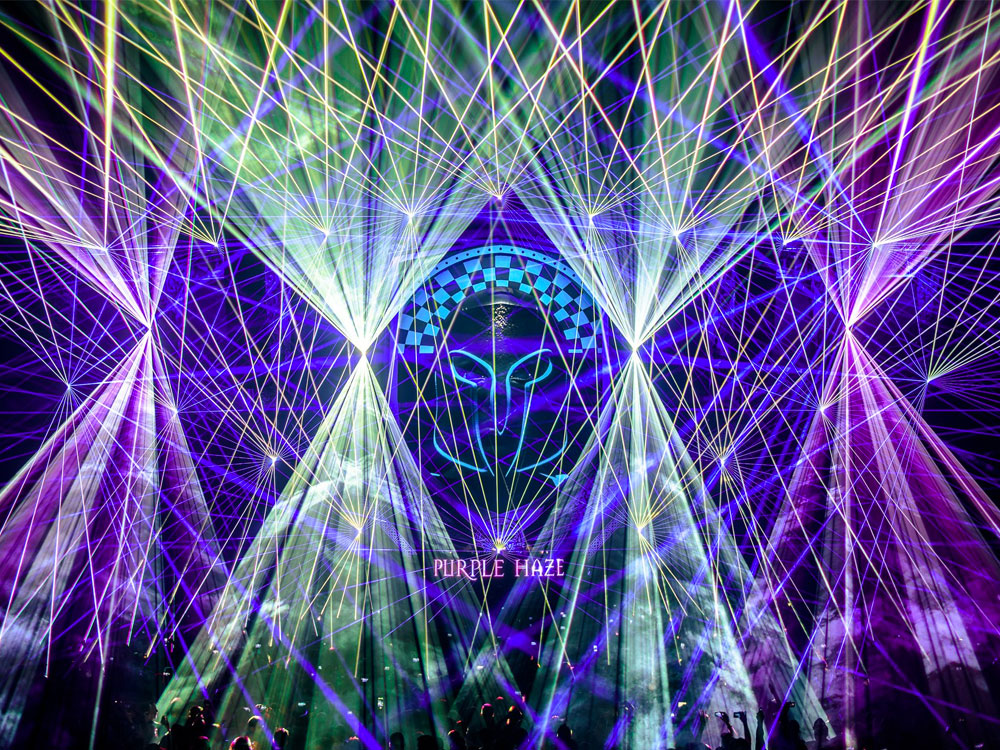 Is there anything I dislike about the job? To be honest, when a DJ agency starts acting as if the world is only turning around because of the artist they represent. The issues some of them can make because of a billing order or the size of the font you used for the flyer is sometimes really ridiculous and can spoil all the fun.

But ultimately it's not about them, it's about our dedicated fans who travel the world over to come to our nights. That's who we work so hard for, and when they're happy, so are we.