There's certainly no lack of influential female artists in popular culture. Which is why it continues to baffle when, in this day and age, music festivals repetitively reveal overwhelmingly male-dominated lineups.

In line with the Keychange initiative, however, festivals like Primavera Sound and Iceland Airwaves are blazing the trail by committing to curating their lineups with gender balance at the fore, both appointing the likes of Lana Del Rey, Bikini Kill, Courtney Barnett, Kacey Musgraves, Brittany Howard, and King Princess amongst the main draw rather than relegating them beneath traditional male legacy artists.

As it's International Women's Day this very weekend, what better opportune to honour female artists and their irrefutable contribution to the rich tapestry of music festival history.

We've dug through the archives of female festival performances to list (in no particular order) our most iconic - the sets that live long in the memory despite the lack of female representation on festival lineups in the past.

Before the release of 'It's Oh So Quiet' the following year brought her huge commercial acclaim, Björk had already established herself as one of the most exciting female artists of the '90s. Her sparkling set on the-then NME Stage at Worthy Farm captivated those in attendance; it was evident her exceptional trajectory was brewing given her stunning performance of 'Venus As A Boy'.

From one celebrated eccentric artist to another, Grace Jones is no stranger to commanding centre-stage. Never one to rely solely on her back catalogue to 'wow' festival-goers, Jones ensures theatricality is as prominent as the music; her headline slot at North Sea Jazz Festival featured her trademark elaborate costumes, domineering presence, and even a spot of hula-hooping for good measure. Legendary stuff from a living legend. 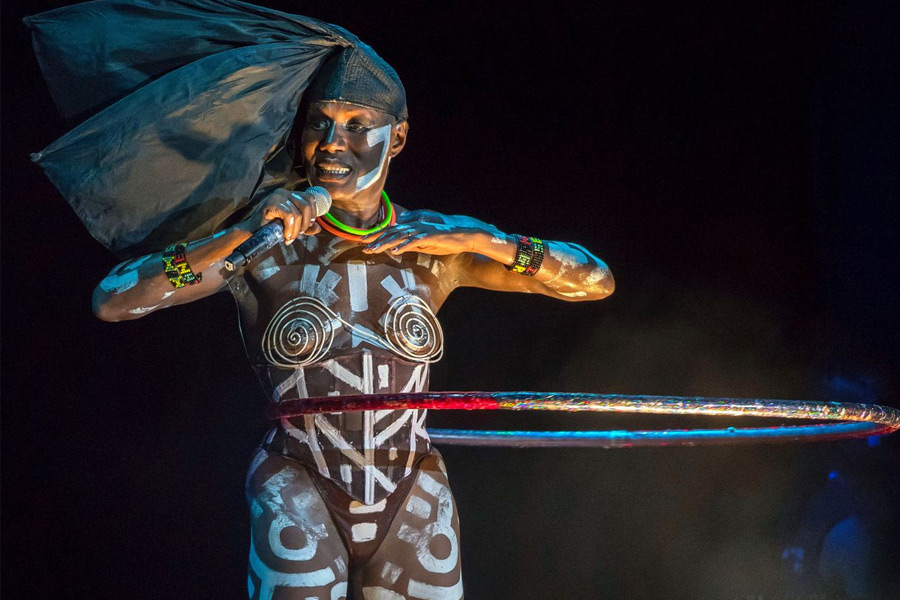 The hysteria generated when she was announced was duly justified. If you didn't hear/see/experience 'Beychella', then I'd recommend just generally paying more attention.

Despite grunge becoming a distant memory, Hole remained at the fore of alternative music throughout the remainder of the decade. Largely due to Courtney Love's loose, erratic, but endearing personality and her knack of writing punchy, femme-focused guitar tunes like the Grammy-nominated 'Celebrity Skin'.

In 1999, their Southside Festival appearance proved Hole had finally struck a chord with a global audience. Love, idolised by teenage girls and boys alike, unapologetically highlighted gender issues and her grief after Kurt Cobain's untimely passing with resolute rock tunes that universally everyone could mosh to. The front-row must've been bedlam.

Truly distinguishable, Joplin's pained, rasping, and gorgeous voice became synonymous with the 'Summer Of Love' after her show-stealing performance at Monterey Pop Festival, even though the subject matter of her work was drenched in soul-searching blues opposed to the West Coast optimism of the counter-cultural movement.

A powerful and heartbreaking presence, her precocious talent was plain to see yet her personal problems weren't quite as evident just yet. Ultimately a tragic loss, but Joplin's flame continues to burn bright to this day.

Polly Jean Harvey MBE was widely considered as the punk's spiritual successor to Patti Smith; not so much any more as she tends to adorn flowing, Victorian-era dresses when performing. Earlier on in her career, however, her on-stage nature was a ferocious one.

Scant in clothing but draped in sass, PJ drew heavily from her Mercury Prize award-winning opus Stories from the City, Stories from the Sea, ratifying her position in front of the headbanging Reading festival-goers as Britain's foremost female alternative icon.

Injecting some essential melodrama into an otherwise blissfully sun-kissed weekend, Lorde sauntered through highly-anticipated tracks from her recent album (and aptly named) Melodrama. Her soft balladry and playful persona were welcomed with open arms by the Barcelona faithful, but it was 'Green Light' that gave the green light to dance their socks off into the night.

A standout performance from one of contemporary culture's leading lights, so much in fact, that her emphatic performance likely inspired 'The New Normal' - Primavera Sound's campaign to curate a 50/50 gender balanced lineup in 2019.

Backed by collaborator Diplo, this was MIA's true stateside introduction. Much-talked about in the run-up throughout the weekend, anticipation was as high as the temperature that day, drawing in one of the festival's biggest crowds despite the underground artist's appearance on one of the smaller stages, even prompting an encore which is virtually unheard of from artists lower down the bill.

Rave reviews followed suit; a sign of things to come for one of the UK's pioneering rappers, in what was destined to be an illustrious career. 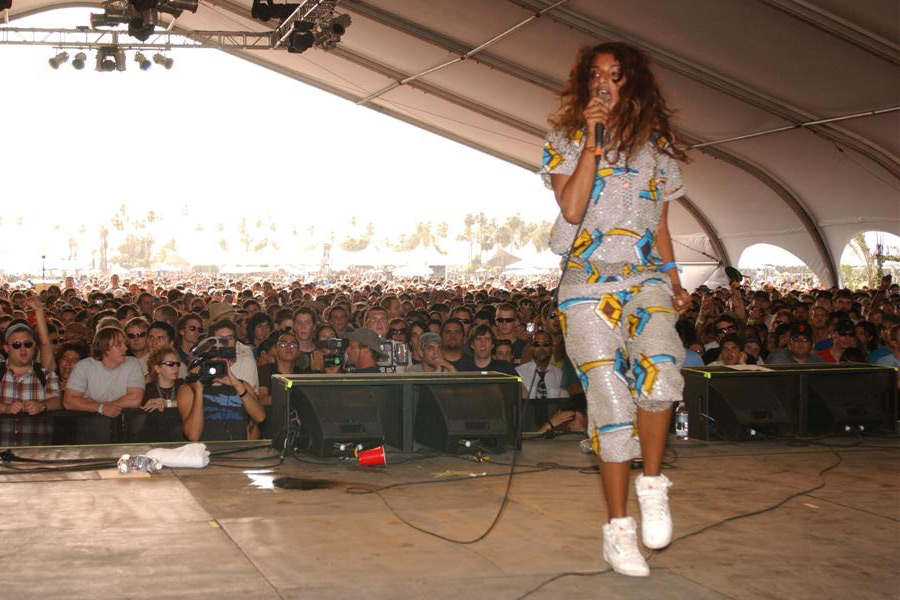 With an abundance at her disposal, Joni Mitchell used her infectious optimism to charm almost 600,000 wigged-out festival-goers at the Isle Of Wight Festival's original site at Afton Down. The festival itself was marred by controversy with disillusioned (i.e. LSD-laden) crowd members continually attempting to interrupt Mitchell's afternoon set; scolding them in typically laid-back fashion, Mitchell accused the disruptive few of acting like 'tourists' prompting rousing applause from front-to-back.

Having missed out on Woodstock - and subsequently writing a song about the event, aptly named 'Woodstock' - she made sure this set was destined for the history books.

With Foo Fighters all set to headline Glastonbury in 2015, Dave Grohl stacked it from the stage breaking his leg in the process just a few weeks before so could no longer perform. Who could fill his shoes? Step up Florence Welch; albeit without any shoes.

One of the most heartwarming performances in recent festival history, Florence joyously pranced around the Pyramid Stage, even paying tribute to Foo Fighters in their absence; conducting the crowd's chanting to 'Times Like These' Florence endeared herself to the Glastonbury faithful, adding herself to the long list of the festival's icons.

Click to see which the upcoming festivals Florence + the Machine, Lorde, Grace Jones, and Björk will be appearing.